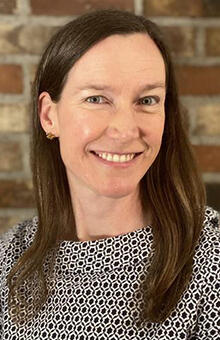 Lisa Howie, a member of the Yale SOM Class of 2008, will be Smith College’s first chief investment officer, the Northampton, Massachusetts, college announced this week. Under Howie’s leadership, Smith’s $2 billion endowment will be managed in house for the first time.

Since graduating from Yale SOM, Howie has been a staff member at the Yale Investments Office, most recently as a director with responsibility for Yale’s foreign public and private equity portfolios.

“I am thrilled to be appointed as Smith’s first chief investment officer,” Howie said in a statement. “This is a fantastic opportunity to build a team and a portfolio in service of Smith’s mission of educating and empowering women… During my time at Yale I have learned a great deal about principled investing, innovative sourcing, and collaborative team building. I look forward to applying this knowledge and experience at Smith.”

Howie will become one of the many Yale SOM graduates, many of them veterans of the Yale Investments Office, who oversee major endowments at colleges, universities, and other institutions around the United States. Most recently, Rockefeller University named Paula Volent ’97, currently the chief investment officer at Bowdoin College, as its next chief investment officer.

David Swensen, Yale’s chief investment officer, said, “Congratulations to Smith College for selecting Lisa Howie to establish the college’s first dedicated investments office. From working closely with Lisa for more than a decade, I know she will bring intelligence, dedication, compassion, hard work and investment prowess to her efforts every day. She and her team will provide financial resources for Smith College to flourish in years to come.”

Read the announcement from Smith College.