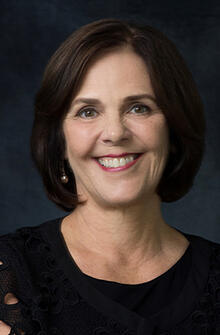 Paula Volent ’97 will be the next chief investment officer of Rockefeller University, with responsibility for managing its $2.5 billion endowment, the New York City research university announced.

Volent joins Rockefeller after two decades as chief investment officer for Bowdoin College, where she oversaw an endowment that grew from $465 million to $1.8 billion during her tenure. She previously worked in the Yale Investments Office under the leadership of Chief Investment Officer David Swensen, starting as an intern while a student at Yale SOM.

“Paula is unquestionably one of the most accomplished investment officers in the country, and we are thrilled that she has agreed to join us in this vital role,” said Rockefeller President Richard P. Lifton in a statement announcing Volent’s appointment as vice president and chief investment officer. “Rockefeller’s endowment provides critical support for the innovative science performed in our laboratories, studies that have set the pace for progress in biomedicine since the institution’s founding in 1901. Paula will help ensure that we continue to have the resources needed to fuel the world-leading research of our 70 heads of laboratory in pursuit of our mission, ‘Science for the benefit of humanity.’”

Volent is one of many Yale SOM graduates overseeing endowments around the United States, many of whom worked with Swensen and Dean Takahashi ’83 at the Yale Investments Office. They include Andy Golden ’89 of Princeton University, Peter Ammon ’05 of the University of Pennsylvania, and Jenny Chan ’18 of the Children’s Hospital of Philadelphia.

Read the announcement from Rockefeller University.