Professor Andrew Metrick has been named the inaugural Janet L. Yellen Professor of Finance and Management at the Yale School of Management. Metrick, a leading finance scholar and an expert on the causes and consequences of financial crises, is the founder and director of the Yale Program on Financial Stability, which has become the world’s leading source of academic research and programming intended to help policymakers address the risks of financial crises. 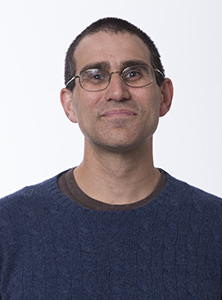 An economist with wide-ranging interests, Metrick studied financial intermediation more generally earlier in his career, with a focus on investment management and corporate governance. An inflection point in his research came with the 2008 financial crisis; he has since turned his attention to topics in financial stability, including the regulation of systemic risk and the activities of complex financial institutions. He spent the 2009-10 academic year on the staff of the Council of Economic Advisers and as the financial economist staffing the President’s Economic Recovery Board, where he worked extensively on what became the Dodd-Frank Act, the main legislative response to the crisis.

All of Metrick’s teaching now relates in some way to financial crises. He co-teaches a PhD-level course titled Financial Crises with Gary Gorton, the Frederick Frank Class of 1954 Professor of Finance. He also teaches a highly popular elective course,The Global Financial Crisis. The latter course is co-taught by former Treasury Secretary Timothy Geithner and draws students from the School of Management, Yale College, and other programs at the university. (The lectures for this course are available for free on Coursera.)

Metrick launched the Yale Program on Financial Stability in 2013 to bridge the gap between academic research on the subject and the regulators and policymakers who need to act to prevent or mitigate the next financial crisis. YPFS is pursuing several ambitious initiatives, including the New Bagehot Crisis-Response Project,  which aims to build a playbook for policymakers in the midst of financial crises through detailed case studies of specific interventions and syntheses of these case studies into best practices, and the Systemic Risk Institute, which brings together policymakers from around the globe each summer for a series of in-depth symposia and conferences. Metrick is also faculty director of the Master’s Degree in Systemic Risk program at Yale SOM, which brings early- to mid-career financial regulatory professionals to Yale for a year of intensive study and is the first degree program of its kind.

Janet Yellen, for whom the new chair was named, was appointed chair of the Board of Governors of the Federal Reserves by President Barack Obama in 2014. She was the first woman to serve in that role, often called the top economic policy position in the United States. Yellen completed her PhD in economics at Yale in 1971, and has moved between academia and influential economic policy roles throughout her career. In addition to serving on the faculty of the University of California, Berkeley, she has been chair of the Council of Economic Advisors and president and chief executive officer of the Federal Reserve Bank of San Francisco, among other roles.

Yale President Peter Salovey said, “It is truly special to have the opportunity to pay tribute simultaneously to one of Yale’s most eminent alumni and public servants, and to one of our finest faculty members.”

The Janet L. Yellen Chair was made possible by a generous gift from Charles D. Ellis YC ’59, who served on the Yale Corporation with Yellen and came to admire her economic acumen and inspiring leadership.

Metrick joined the Yale SOM faculty in 2008 and was previously the Michael H. Jordan Professor of Finance and Management. After graduating from Yale College in 1989, he completed his PhD at Harvard University. He held faculty positions in the economics department at Harvard and the finance department at Wharton. He is also a research associate at the National Bureau of Economic Research.