Ventilla already has three startups and two senior Google posts under his belt, thanks to his embrace of the unexpected opportunity—starting with Yale SOM’s Silver Scholars Program.

Max Ventilla ’06 is a walking billboard for the power of serendipity.

Not that he hasn’t been thoughtful in charting his career. But he’s also capitalized on fate’s twists and turns: Twists like a malfunctioning PC when he was a first-year undergrad at Yale, which forced him to learn the innards of computers. And turns like an offer to head up personalization at Google, which delayed a planned move into the startup world.

While he’s packed more twists and turns into his career than most people twice his age manage, he’s now planted firmly where he intended: in a startup, as the CEO and co-founder of AltSchool, a 200-employee B Corp that’s built a technology platform to support student-centric learning.

The malfunctioning PC was, in retrospect, his first step toward founding AltSchool. His brand-new computer “didn’t work at all,” he recalls. “So my first couple of months at Yale, I was repeatedly taking it apart and putting it back together and troubleshooting with Dell, until it ran. In the process, I learned how computers work and got interested in technology.”

That interest led to Ventilla’s first foray into the startup world. While still an undergrad, he recruited some friends, started an enterprise software company, and sold it just two years later. He found he loved “the highs and lows of the entrepreneur experience. I felt that it was my calling but also that I lacked some basic expertise.”

By then, Ventilla was in his senior year. One evening, on a whim, he attended a dinner where Yale SOM’s Professor Barry Nalebuff was promoting the brand-new Silver Scholars Program. The program offers select students a chance to enter SOM directly from college, emerging with an MBA after a year of core coursework, a one-year internship, and a year of electives. “I showed up [at the dinner] at the last minute,” recalls Ventilla. “It was very random.” But fortuitous.

A math and physics major, Ventilla found Nalebuff “inspiring” and his vision for Silver Scholars “compelling.” He entered the program, where “Barry ended up being a mentor of mine.” In fact, Ventilla’s internship was with the founding CEO of a European classified media company on whose board Nalebuff sat. The position was so stimulating, Ventilla stayed two years before returning to SOM.

Upon graduation, Ventilla landed a job on Google’s internal strategic consulting team. The role, he says, “afforded me a great perspective on technology and on the culture at one of the greatest companies in the world.”

Then one day he met up with a friend “who had been quite successful in business.” Ventilla had planned to stay at Google several more years before trying another startup. But the friend offered to bankroll him right away. So Ventilla left Google, recruited another bunch of friends, and started a company called Aardvark that used individuals’ existing social and professional networks to answer questions without a single right answer, such as “Where should I go for vacation?”

Two and a half years later came another unplanned pivot. Aardvark was acquired by Google, and Ventilla returned to the fold as one of a handful of senior staff charged with developing Google+. He also was tasked with unifying Google’s products under a common navigation (that bar on top of all Google’s products). The role was “an awesome ride—getting to think through what Google’s social strategy should be, then launching a product to billions of users. Most people don’t get to do that.”

But the startup world still beckoned, so a couple of years later Ventilla announced he was leaving again. But then, he says, “someone I admired at Google said, ‘Hey, before you leave, you should talk to Alan Eustace,’ who at the time was the SVP who ran all of search, ‘because he’s been looking for someone to lead a cross-company personalization effort, and you’d be ideal.’”

Once again, Ventilla didn’t spurn the unsought opportunity. He worked for the next two years “really closely with [Google co-founder] Larry [Page]. It was a once-in-a-lifetime opportunity—working with Larry, working on the big new thing, working at aggregate Google scale.” It was a gig he found “really hard to tear myself away from,” but he concluded, “I’m a startup guy; I should be doing startups.”

As it happens, that final assignment at Google ended up being crucial to his next startup, because personalization is at the heart of AltSchool. Ventilla decided with this startup to “work on a humanity-scale problem. There are really only about a dozen really big problems, like ‘How do we make free and clean energy?’ ‘How do we help people live long, healthy lifespans?’ ‘How do we give everybody an education that allows them to reach their potential?’”

He decided education was the humanity-scale problem he cared most about. He had two children by then (he’s since had a third). His mother and sister were in education. And he saw in personalized technology a way to develop a 21st-century model for education that’s scalable across the country and even around the world.

The technology platform that AltSchool has built replaces the rigidity of one-size-fits-all curriculums and lock-step grade progressions. The approach is student-centric, personalizable to fit each child’s needs and skills, with technology undergirding the flexibility with structure.

This approach, says Ventilla, “allows the teacher over time to hand off responsibility to students, so children are prepared for a lifetime of making their own decisions, which will be critical to this generation in a way that’s unfathomable for us.”

AltSchool operates four lab schools where the platform was developed and is continually refined—two in New York City and two in San Francisco. (His daughter is now old enough to be a student at one of the Bay Area schools.) And the company has started to license the platform to an array of public and private schools.

“I owe a lot to the education I received,” says Ventilla. “But it’s not the kind of experience that’s scalable. With AltSchool, we want to make a high-quality education available to everyone, not just people who get a golden ticket.” The venture has been funded with $200 million in financing so far, from VC firms as well as individual investors, including Mark Zuckerberg and Laurene Powell Jobs.

In a career of unexpected twists and turns, one constant for Ventilla has been seeking out exceptional collaborators. “I work best, and I enjoy most, tackling hard problems with great people,” he says. “Ben Horowitz wrote in The Hard Thing About Hard Things that the hardest thing about entrepreneurship is the psychological toll.

“If you look at which companies are successful,” he continues, “it’s those driven by the softer side of things. That’s not to say skills and hard work don’t matter, but the biggest driver of success is mental fortitude—the ability to take joy in what you do and to build relationships and trust. That might sound hippieish, but it’s borne out in the data.

“The biggest piece of advice I have for entrepreneurs,” Ventilla concludes, “is to see as job number one your own psyche and as job number two the relationships and trust you build with those around you.” 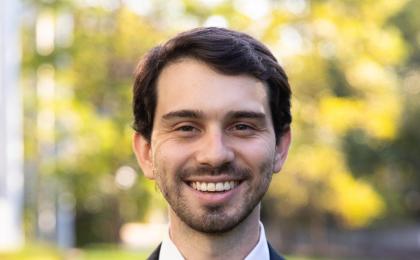 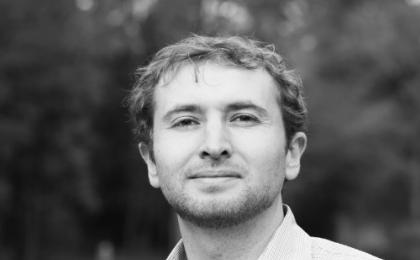 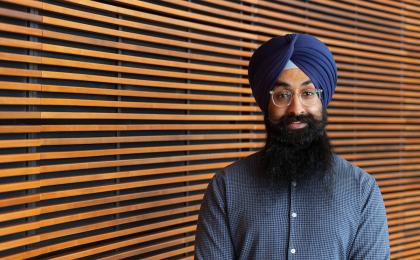