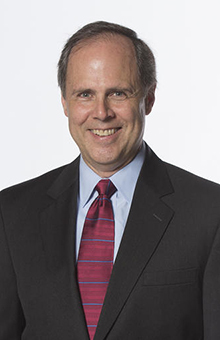 Professor Brad S. Gentry, a renowned expert in land conservation and conservation finance, is the newly appointed Frederick K. Weyerhaeuser Professor in the Practice of Forest Resources Management and Policy at Yale University.

Yale School of Management Dean Edward A. Snyder and Yale School of Forestry and Environmental Studies Dean Indy Burke announced Gentry’s appointment to the Weyerhaeuser chair, which is a joint professorship between the two schools.

Snyder stated that Gentry is eminently qualified for the position. “In the world of academics, practice, and institution building, Brad Gentry is a graceful superstar,” Snyder said. “I speak for Yale SOM when I say that his contributions illustrate the best of our school’s mission to educate leaders for business and society.”

Burke said, “Brad Gentry is a gracious and generous bridge-builder, perfectly representing the spirit of the F.K. Weyerhaeuser professorship. He integrates knowledge of conservation, conservation finance, forest management, and business solutions toward sustainability in his teaching, his service to businesses and conservation organizations, and his leadership at Yale.”

Gentry joined Yale FES as a senior research scholar in 1995. He became a professor in the practice at Yale FES in 2012, and at Yale SOM in 2013. In 2017, Yale FES appointed him senior associate dean of professional practice.

In addition, Gentry serves as co-director of the Yale Center for Business and the Environment at Yale (CBEY). He is credited with developing CBEY, a joint venture between FES and SOM, into a central hub at Yale for exploring business approaches to environmental sustainability issues. He expanded CBEY’s mission to include partnerships with businesses, internships, and visits from global CEOs who are leaders in sustainability practice.

Gentry’s own work explores opportunities for using private investment to address environmental performance, with a focus on the management of private forested landscapes. He teaches multidisciplinary courses on the management of complex resource systems, including the emerging markets for ecosystem services.

He has also consulted on land, water, energy, industrial, and other projects for private, public, and not-for-profit organizations in more than 40 countries.

“This appointment recognizes the unique qualities that Professor Gentry brings to the ever-expanding and challenging fields of natural resource conservation and sustainable land use,” said Peter Stein, one of the key collaborators in CBEY’s work on conservation finance.

“His practical experience in emerging ecosystem service monetization schemes and his dedication to expanding the tool box of conservation finance mechanisms are exactly the right elements needed to advance academia in this era of climate change,” Stein said.