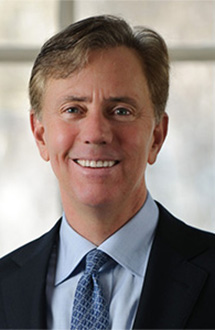 Stefanowski conceded the race on the morning of November 7. According to the Associated Press, with 93% of the vote counted, Lamont had 48.4% of the vote to Stefanowski’s 47.1%. Independent candidate Oz Griebel received 3.9%.

“I’m humbled and I want every resident to know how grateful I am for this extraordinary honor,” Lamont said in a statement. “I will work every day—honestly and thoughtfully—to move this state forward and be a champion for Connecticut.”

Lamont is the founder of Lamont Digital Systems, a telecommunications company. This is his third run for statewide office. In 2006, he won the Democratic primary for the U.S. Senate, defeating incumbent Joe Lieberman, but lost to Lieberman in the general election. In 2010, he lost the Democratic primary for governor to Stamford mayor Dannel Malloy, who won the general election and served two terms as governor.

Earlier this year, Lamont said in an interview that his Yale SOM education had taught him the value of partnerships between the public and private sector.

“There’s more than one bottom line,” Lamont said. “You can do a lot more if you’re in the arena and not on the sidelines. I want to bring a little entrepreneurial spirit to the state of Connecticut.”

Graduates of Yale SOM won reelection in Rhode Island and Kentucky. Seth Magaziner ’10, a Democrat, won his second term as general treasurer of Rhode Island. Brett Guthrie ’97, a Republican, won his sixth term in the U.S. House of Representatives from Kentucky.