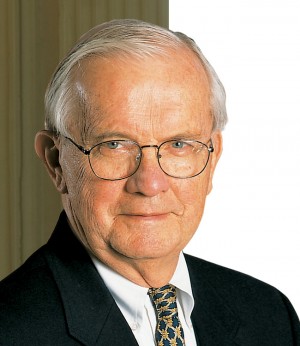 Geoffrey C. Hazard Jr., a leading scholar of legal ethics, died on January 10, 2018. He served as acting dean of Yale SOM from 1980 to 1981 and played a significant role in shaping the school in its early years. He was on the faculty of Yale Law School from 1971 to 1994 and more recently was the Trustee Professor of Law at the University of Pennsylvania Law School and the Miller Professor of Law at the University of California Hastings College of the Law. He was 88.