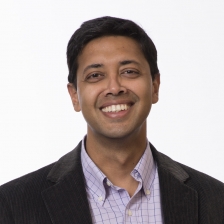 Mushfiq Mobarak, a professor of economics at the Yale School of Management, has been named to the 2017 class of Andrew Carnegie Fellows. The highly selective award will support his work to understand whether and how development interventions deemed effective in trials should be scaled up to benefit more people.

Mobarak is a development economist who conducts field experiments exploring ways to induce people in developing countries to adopt technologies or behaviors that are likely to be welfare improving. One example that showed strong positive results was a project in which rural workers in Bangladesh were offered a small financial incentive to migrate to the city during the “lean season”—the period between planting and harvest, when demand for labor in the country is low and when rural families often go hungry. Workers who received the incentive were more likely to seek work in the city during the lean season, and they and their families benefitted.

Mobarak will use the Carnegie fellowship support to examine what happens when small-scale interventions such as this are applied on a much larger scale. For the migration case, he will study whether internal migration will alter labor markets in the city or have other spillover effects. More generally, he seeks to develop the science that can provide broad guidance on how to scale up effective interventions.

Mobarak is one of 35 recipients of the 2017 Andrew Carnegie fellowships. Each fellow will receive up to $200,000 toward the funding of significant research and writing in the social sciences and humanities.

Learn more about the Carnegie fellowships.