Michael E. Levine LAW ’65, a widely recognized authority on the airline industry and the dean of the Yale School of Management from 1988 to 1992, has died. 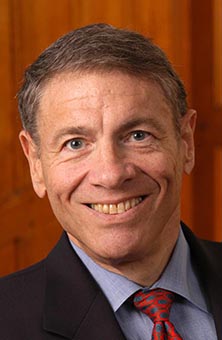 His death was announced by Trevor Morrison, dean of New York University Law School, where Levine had served as a distinguished research scholar and senior lecturer since 2005.

In the late 1970s, Levine served in senior roles on the U.S. Civil Aeronautics Board, during which time he helped form the policies that led to deregulation of the airline industry. He later held executive positions at Continental Airlines, New York Air, and, after his tenure at Yale SOM, Northwest Airlines, where he helped to create the airline’s hub system and its alliances with KLM and other airlines.

His other academic positions included professorships at the California Institute of Technology, the University of Southern California Law School, Harvard Law School, and Yale Law School. His research examined airline deregulation and other aspects of the airline industry, as well as regulation in other industries.

A graduate of Yale Law School, Levine studied economics at Yale and was a law and economics fellow at the University of Chicago Law School.