Paul W. MacAvoy, the Williams Brother Professor Emeritus and former dean of the Yale School of Management, died on February 24, according to his family. 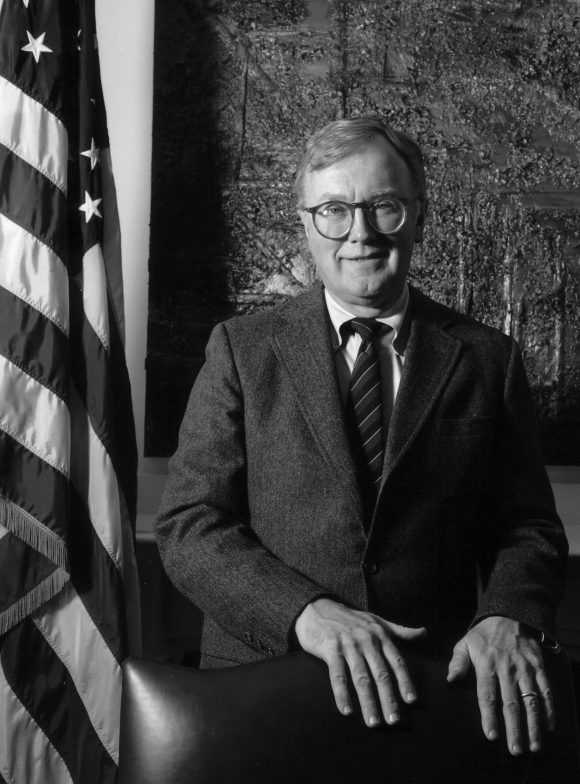 MacAvoy, an economist with expertise in regulation, energy, and commodities, first taught at Yale SOM from 1977 through 1981, when he was the Milton Steinbach Professor of Organization and Management. He returned to serve as dean from 1992 through 1994. He was the Williams Brothers Professor of Management Studies from 1994 to 2004.

His many books and journal articles include The Unsustainable Cost of Partial Deregulation (Yale University Press, 2007) and The Failure of Antitrust and Regulation to Establish Competition in Long-Distance Telephone Services (The MIT Press, 1996.)

MacAvoy served on the Council of Economic Advisors during the Ford Administration, as co-chairman of the President’s Task Force on Regulatory Reform, and on a variety of other government panels. He was on the boards of directors of the Chase Manhattan Bank Corporation, the Alumax Corporation, the American Cyanamid Corporation, and other companies.

After receiving his doctoral degree from Yale in 1960, MacAvoy taught at the University of Chicago and MIT. After his first appointment at Yale SOM, he served as the Frederick William Beinecke Professor of Economics in the Yale Department of Economics from 1981 through 1983. From 1983 to 1990, he was dean and John M. Olin Professor of Public Policy and Business Administration at the University of Rochester’s William E. Simon Graduate School of Business Administration.

MacAvoy was awarded honorary doctorates by Bates College, where he received his undergraduate degree, and Sacred Heart University. He received Yale University’s Wilbur Cross Medal in 1982.

In a note to her colleagues about MacAvoy’s death, Professor Sharon Oster wrote, “In his economics work and in his life outside of the academy, Paul was committed to the idea of public service and to the view that economic thinking and evidence could and should be used to improve society…. Paul was demanding of his students and devoted to them, drawing several of them into his considerable research operation and following and helping their careers over many years. In his teaching, Paul exemplified the SOM mission of ‘educating leaders for business and society.’”