The January 2014 move into Edward P. Evans Hall was just the most visible aspect of a landmark year at the Yale School of Management. In another milestone, fundraising efforts for fiscal year 2013-14, which concluded in June, yielded record-breaking results that reflect broad support from SOM students and alumni alike.

New gifts and commitments in the fiscal year totaled $36.5 million, the largest amount the school has ever raised in a single year outside a campaign.

“We are incredibly grateful to all contributors—alumni, friends, students, staff, and faculty,” said Dean Ted Snyder. “Analysis of the totals indicates strong, across-the-board support from the Yale SOM community and beyond.” 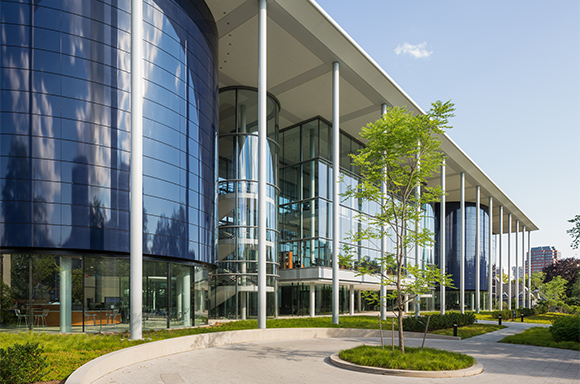 Total giving reached the third-highest level of any year in the school’s history, and giving by SOM alumni and students showed particular strength. The graduating class, including members of the MBA, MBA for Executives, and MAM classes, made a record-breaking gift of $456,699. Giving to the Alumni Fund also set a new record, totaling more than $2 million, an increase of 23% over last year; Alumni Fund participation increased over the previous year as well, from 41.7% to 45.2%. (The Class of 1979 led all classes in participation, with more than 75% of members giving to the Alumni Fund.)

It speaks volumes about how committed our alumni are to supporting faculty and students.

Joel Getz, senior associate dean for development and alumni relations, noted that SOM led the University—including Yale College—in alumni participation in giving. "It speaks volumes about how committed our alumni are to supporting faculty and students," he said. "It’s tomorrow’s students who are going to benefit."

The school received 11 new gifts or commitments of $500,000 or more, a number of which are already powering new strategic initiatives and strengthening core programs at the school. A few examples include: