May 7—The Yale School of Management (SOM) announced today a partnership with Timothy F. Geithner, 75th secretary of the U.S. Department of the Treasury, to improve the quality of practical knowledge available about the consequential craft of financial crisis prevention and response. 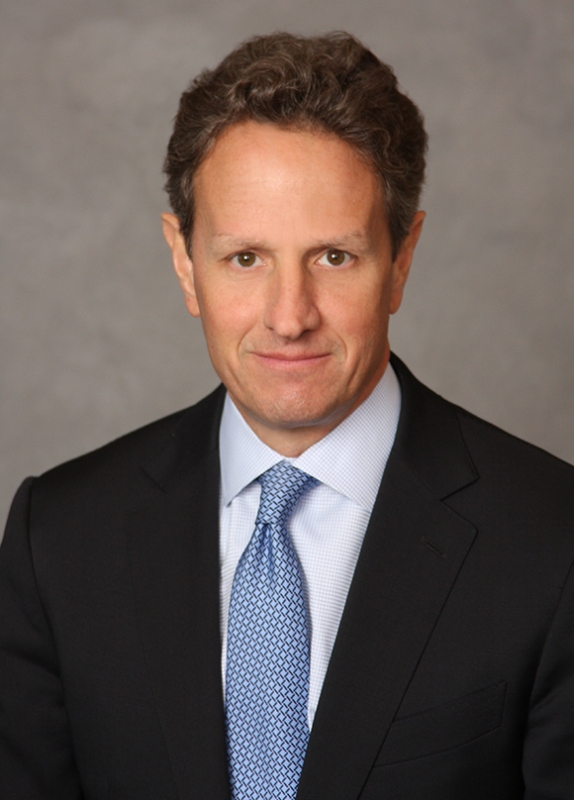 Under this partnership, Geithner will deliver a series of lectures at the school in the fall of 2014, in which he will discuss lessons from the global financial crisis of 2007-2009. The lectures will be open to both the Yale community and students at schools in the Global Network for Advanced Management via video stream. These lectures will also be a central component of a new Yale course on the global financial crisis, which Geithner will co-teach with Yale SOM's deputy dean, Andrew Metrick, the Michael H. Jordan Professor of Finance and Management and director of the Yale Program on Financial Stability. Following the conclusion of the semester, Yale will make this course content available online for use by students, universities, and other interested parties in the United States and abroad.

Geithner, who as Treasury secretary led the United States through the most difficult period of the crisis, will also convene a multi-day seminar on financial crisis management at Yale SOM during the 2014-2015 academic year for senior-level officials from finance ministries and central banks around the world. Also in the upcoming academic year, he will work with Yale to inaugurate a global video competition for students to explain and illustrate the topic of "Financial Crises in the Modern World."

"Most governments face financial crises with little knowledge and less experience about how to manage them," Geithner said. "Through this partnership, we hope to help translate the lessons of our crisis into practical knowledge for the next generation of policymakers in the hope they can reduce the damage of crises to come."

Before his appointment as secretary of the Treasury, Geithner served from 2003 to 2009 as the ninth president and CEO of the Federal Reserve Bank of New York and vice chair of the Federal Open Market Committee. He first joined the Treasury Department in 1988 and held a number of positions in three administrations, including undersecretary for international affairs under Secretaries Robert Rubin and Lawrence Summers. Geithner is currently president of Warburg Pincus.

Yale SOM Dean Edward A. Snyder said, "This partnership signals a commitment to continue to deepen the understanding of the financial crisis and its aftermath. Along with his acclaimed role in avoiding calamitous outcomes from the crisis, Mr. Geithner is an active contributor to discourse on the condition of our financial systems. We are delighted that he has chosen Yale SOM and the Global Network for Advanced Management to develop new insights into the profound effects of the financial crisis on business and society throughout the world."

Metrick, who established Yale's Program on Financial Stability in 2013, added, "A lot of scholars, regulators, and other very smart people have been working to figure out what happened in the years leading up to the crisis, which policy responses had the greatest positive impact, and how we can reduce the impact of the next crisis when it happens and best coordinate responses to it. Who better to lead the discussion of these issues than the person who led the world's largest economy through the greatest economic downturn since the Great Depression?"