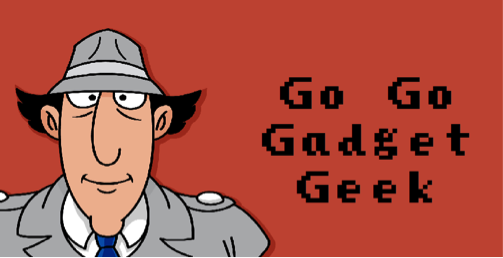 For as long as I can remember, I have always been a gadget geek. I have looked for ways to simplify my life with the use of technology, gadgets, tools, etc… All these desires and intrigue exploded and came to the forefront with the release of a little movie called “Back to the Future”, where I was introduced to the time traveling Delorean and the mother of all gadgets: The Hoverboard.

In my quest to find the next best thing, I found the Samsung VR headset. Yeah I know what you are thinking and saying: “Next best Thing!?! That’s already been invented!” Well I only ask that for the next few minutes, you don’t think of the concept as the end all of the technology, but rather as a platform. A platform where we can lay our own tracks and hopefully with the contributions of many, merge all these tracks together to form a railroad of technology, innovation, and infinite possibilities. This technology has been out there for over 40 years. The military mainly used it for war game scenarios and for tactical simulation and training. It was used by programmers for enhancing gaming options. But then I stumbled on a story on FrontLine, where this technology was being used by the military’s psychiatric branch to help treat soldiers returning from Iraq and Afghanistan who were coping with PTSD.

In that moment I started to see how this technology was helping to improve the lives of a group of Americans dealing with their anxiety issues in a simpler and faster way. Then I saw how Samsung teamed up with Oculus to commercialize this product and further bring this technology to the masses.

I purchased my Galaxy VR, and like a kid on Christmas, I eagerly and excitingly could not wait to play with my new gadget. It awed and wowed me and in that moment I realized the potential (that had escaped me initially) of how commercializing this product could affect society. We have already witnessed it being used in a medical setting. Imagine expanding upon those possibilities. Imagine your cardiologist being able to view your heart in 360 degrees and diagnosing precisely the problem. Movie theatres are moving to a more amusement based way of entertainment with 3D, IMAX, and now 4D experiences being available. Imagine paying a fraction of admittance to view a movie in the privacy of your own home without having the hassles of travel and its costs. For that matter, what about going to see a Broadway play or a concert? The Galaxy VR can do all these things and has the potential to expand upon all of them. I think we all share in the responsibility to explore and exhaust all the possibilities to create, innovate, and enhance what we know. But in the meantime, I will be on the moon, watching a home video of my kids.