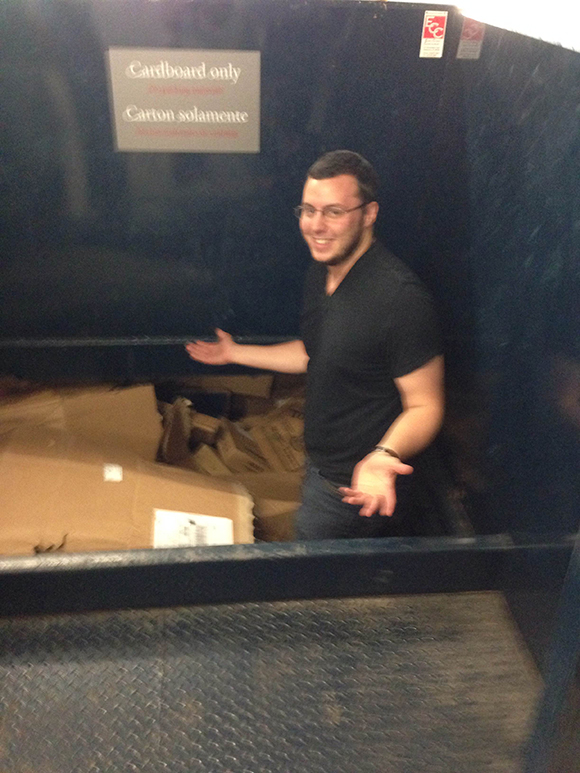 I had been tracking my package across the country for 72 hours using UPS’s online tracker, and it had finally arrived. I carried it from the loading dock to the Program on Entrepreneurship’s suite like a proud father. I began to cut the packing tape – carefully at first, and then, overcome by excitement, as quickly as I could.

I pulled my beautiful, new machine out of its cardboard package, and placed it gently on my desk in the Entrepreneurship suite; this piece of off-the-shelf, proprietary technology was all that was standing between me and servicing my early customers.

I took the cardboard packaging to the recycling area, casually tossed it in the cardboard-compressor, and returned to test out the new toy. I plugged in, hooked up, arranged all of the relevant bells and whistles, and opened the instruction manual. The setup instructions directed me to plug in the foot-pedal.

Foot pedal? That wasn’t included in the box! I dialed the four-person family company that had sold me the machine. The receptionist answered, and informed me, at 11:45 AM, that their technician was out to lunch. I hung up and decided that I would have to patiently bide my time until their technician returned, when a horrifying thought crossed my mind.

In my haste to play around with the machine, had I accidentally thrown out a crucial component with the cardboard packaging?  I bolted to the trash compactor, and dove in, digging through box after box until I found the crushed remnants of mine.

After twenty minutes of spelunking through the trash, I resigned myself to the fact that if there had been a foot pedal still in that box, it had been lost in the chaos of the compactor.

When I finally found a spare moment to call the company again, the same employee, Edward, answered the phone, and informed me, at 2:00 PM, that their technician had just stepped out to lunch. I gently reminded him that we had spoken at 11:45, and that the technician had, at that time, just stepped out for lunch. He apologized for any inconvenience, took down my name and number, and assured me that a technician would get back to me at the earliest possible convenience. 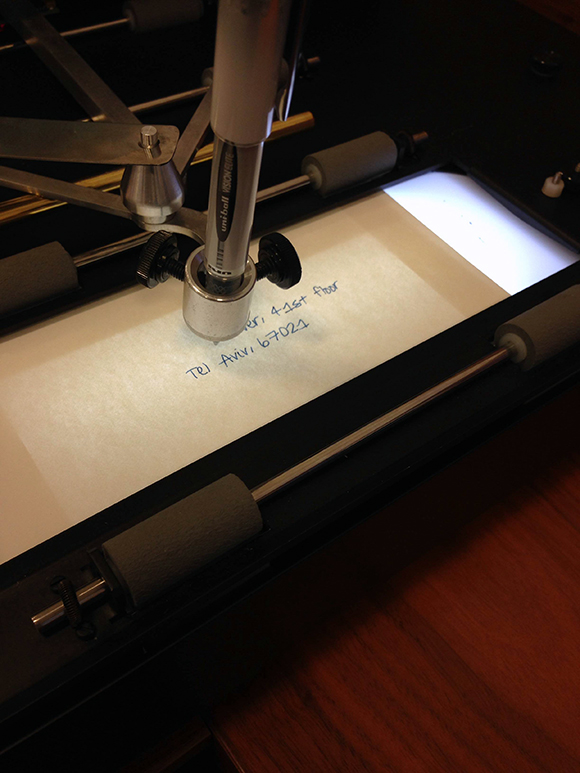 “Did no one get back to you?” he asked in a surprised tone, “I do apologize. Our technician has left for the day.”

I asked him if there was anyone else who could help me, and he said that he was the only one left in the office, and that he knew nothing about machine setup.  I explained, for the third time, that they had simply forgotten to include the foot pedal in the package that they shipped me.

“But it says in the instruction manual that I need to set up a foot pedal in order to get the machine working” I told him.

“Oh,” he replied, “I think that manual has some mistakes in it; it might be outdated. You don’t need a foot pedal.”

This back-and-forth is indicative of the rest of my experience with this machine—and the company that supplied it—over the following 24 hours. Notwithstanding the efforts of the assembled talent-in-residence of the Entrepreneurship suite, two engineers, and a very frustrated founder, I went to bed that same night without a working machine.

At the peak of my frustration, Jonas Clark, who works in the space beside mine, offered a bit of wisdom from the philosopher Reinhold Niebuhr:

“My outlook is a provisional pessimism founded upon an ultimate optimism.”

At that moment, that quote felt like such an appropriate exploration of entrepreneurial frustration, that I decided that it would be the first thing that I ever wrote with my machine. This would have been good and well, and even quite poetic, had the machine then started working.

The next morning, I cleared my schedule for the day, ready to do battle with this frustrating piece of technology, and the abysmal tech support of the company that had sold it to me, and to emerge triumphant.

I called the company and spoke to Edward; I was beginning to suspect that he was the only one who worked there.

He kindly informed me that their technician was in the office, but on another call, and asked if I would mind leaving my name and number so that he could call me back?

As it happened, I informed him, I would mind. I told him that I was not prepared to hang up the phone until I spoke to a technician, even if that meant waiting on the line for the entirety of the day.

He told me that the call wouldn’t take more than a few minutes, and that unfortunately he couldn’t let me stay on the line. He told me that if I wanted to, I could call back in 10 minutes.

I begrudgingly gave in, and sat looking at my watch for the next 9 minutes and 50 seconds. I called back, and was informed, by Edward, that the technician had just darted out the door on a service call, and would likely be back in a few hours.

The next five minutes of my conversation with Edward have been redacted from this blog post for the sake of my reputation as a generally pleasant fellow, but suffice it to say that I conveyed my feelings of utmost displeasure, and demanded the technician’s cell phone number.

“I’m terribly sorry about this” Edward told me, “but I can’t give out that information. I can have him call you as soon as he gets back; could I just get your name and number?” (Unbelievably, the fellow with whom I had been speaking during four conversations over twenty-four hours had not yet, despite his protestations to the contrary, bothered to write down my name and number).

I revisited the quote that I had prepared:

“My outlook is a provisional pessimism founded upon an ultimate optimism.”  - Reinhold Niebuhr

I decided to add my own flavor into the mix:

“Perhaps provisional is too strong of a word” – Ilan Mann

“All is well that ends well,” Shakespeare famously wrote; I suspect that Shakespeare never had to deal with tech support. In the mid-afternoon, I finally reached a technician, who asked me why I hadn’t simply tried him on his cell, and spent about twenty seconds explaining to me how to change the setting that was preventing the machine from working properly.

While there are many things that can and should be outsourced, I have a new appreciation for the old adage that if you want something done right, you should do it yourself.