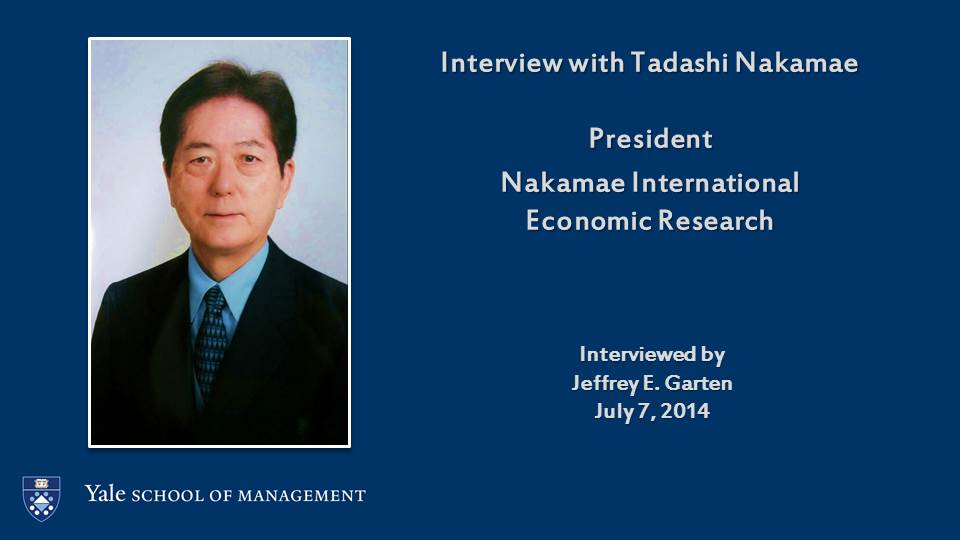 This interview is available as a transcript only. Download a [PDF] of the interview text.

Tadashi Nakamae started work at Daiwa Securities in 1962 after graduating from the University of Tokyo. From 1973 to 1985, Mr. Nakamae was the chief economist at Daiwa Securities Ltd. based in London. After returning to Japan, he served as the chief economist of Daiwa Securities Research Institute until he retired from the firm in 1986. He then established Nakamae International Economic Research, of which he remains president. He has a regular column in the Nihon Keizai Shimbun, and his larger publications include Three Futures For Japan, Asset Inflation and the Yen, The US and Japanese Economies in the 1990s: A Japanese View, and Wake Up! Japan.