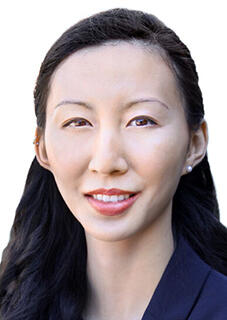 An incoming Yale School of Management PhD student is among seven Yale affiliates recently named recipients of the 2021 Paul & Daisy Soros Fellowship for New Americans, a merit-based award for immigrants and the children of immigrants in the U.S.

Katherine Fang, who will begin her doctoral studies in management at Yale SOM this fall, is also a student in the Yale Law School Class of 2022. She graduated from Yale College in 2017.

Fang plans to continue studying how to build a more responsive, inclusive government.

“I wanted a course of study that gives me time to think deliberately about what it means for government to include every citizen,” she said. “Rigorous training in statistics and economics will allow me to test the impact of particular policies, and law school is teaching me how to effectively push for transformation where gaps remain.”

This year’s 30 Soros Fellowship awardees were selected from a pool of 2,445 applicants. Recipients are chosen based on their potential to significantly contribute to the United States and are awarded funding of up to $90,000 for graduate schooling.

Fang has pursued projects focused on access to public benefits and criminal justice reform. She co-runs the Capital Assistance Project, which pairs law student interns with legal aid organizations seeking to overturn the death penalty. She is also a research assistant at The Center for Law, Brain, & Behavior at Harvard University.

In addition, she collaborates with California Supreme Court Justice Goodwin Liu on the Portrait Project 2.0, an empirical study into Asian American representation in law and politics. A former Kerry Initiative Fellow, Fang worked with former Secretary of State John Kerry in researching and organizing conferences on pressing international challenges. Recently, she interned at the Georgia Justice Project in Atlanta, where she worked on an initiative to ensure COVID-19 relief checks remained in the hands of incarcerated individuals.