Today’s leaders rely on a deep understanding of financial tools to solve complex problems in an increasingly global context.

The Yale EMBA program features the same powerful combination of integrated curriculum, leadership development, raw cases, team projects, and deep expertise in global business as the full-time MBA program. Additionally, it draws on expertise from across Yale and beyond to provide students with the opportunity to deepen their knowledge in one of three focus areas: asset management, healthcare, or sustainability.

"The business of asset management demands a whole set of MBA skills. For instance, any asset management company is exquisitely dependent upon selecting people of high integrity to handle investors’ money, and so their futures. How do you find and retain the right people? How do you identify and meet client’s needs? How should services be priced? You’re constantly dealing with innovations from your competitors, as well as the drumbeat of information technology and shifting regulatory requirements.”

In addition to visiting speakers who participate in the Colloquium on Asset Management series, the International Center for Finance and student clubs host several conferences and symposia throughout the year: 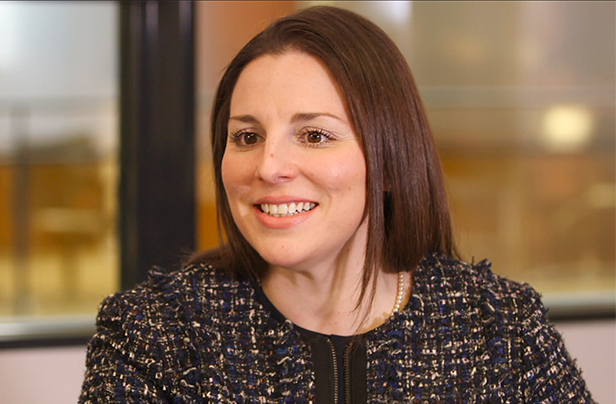 I walked into Yale SOM for an admissions session the first time, and it felt like home. The integrated core curriculum matched my employer’s needs and initiatives, and I’ve been able to expand my network, as well as advance my understanding of my sector. One of the courses that was most helpful was Power and Politics. It’s a leadership class that really helped me understand the ways in which my own leadership style in the workplace was impacting my performance.

The class that most prepared me for my internship was The Future of Global Finance with Professor Jeffrey Garten. In finance, I always thought there was only one direction to go on an issue, and you’re either right or you’re wrong. But the class made me realize there isn’t a single right answer. There are thousands of different possibilities. You have to be able to pull a thousand different levers and piece together an approach. It’s all about process, and the way you need to think about the world.

Providing academic and professional support for research in financial economics.

The International Center for Finance at Yale SOM provides active support for research in financial economics by its fellows and disseminates their work to the world's academic and professional communities. The Center's fellowship is comprised of leading scholars in and outside of Yale SOM who work on key empirical and theoretical problems in financial economics. The Center provides a physical locus for their activities consistent with the belief that financial research is by its nature a collaborative venture. To that end, the Center offers data, technology, and staff support for empirical research and underwrites academic conferences that bring together distinguished researchers to cooperatively develop ideas. In addition, the Center provides summer research support and funding for visiting fellows and travel support for doctoral student fellows.

The Future of Finance conference is a forum for discussing how to use finance to address major social challenges.  Lectures and panel discussions will be presented by thought leaders in industry and academia, reflecting Yale’s distinctive culture of intellectual engagement.  The audience will be Yale alumni, members of the extended Yale community and guests, particularly those involved in areas of finance, law and policy.

Learn more about the Future of Finance Conference

Can a Place Built on Global Banking Survive Britain’s Retreat from Europe?

A Yale raw case authored by Professor William Goetzmann dives into the uncertainty facing the financial hub at Canary Wharf as Britain moves steadily toward its divorce from the European Union.

What Is Bitcoin Really Worth? Don’t Even Ask.

Robert Shiller writes that attempts to measure the fundamental value of Bitcoin are intrinsically absurd. The craze for the cryptocurrency “is a marvelous case study in ambiguity and animal spirits.”

What Happens When the Same Investors Own Everything?

Diversification means that in many industries, companies are owned by an overlapping set of investors, reducing their incentive to compete.

From the dawn of recorded history, as people gathered into complex urban settlements and began recording transactions and accounts, the growth of civilization has been tied to financial innovation. In his new book, Money Changes Everything, Prof. William Goetzmann traces this millennia-long relationship and argues that financial thinking has fundamentally changed the shape of human society.

Can Financial Markets Move Beyond Politics?

Once you start pulling at the strands, the intertwined political and financial systems can prove very difficult to separate. A panel of financial veterans at Yale SOM’s Future of Finance conference considered recent government interventions in markets across a number of countries, and what they mean for investors.

How Do You Invest in a Changing China?

Lei Zhang ’02 has been one of the most successful investors in China during a time of unprecedented change. In a conversation with Yale’s Stephen Roach, he talked about rapid shifts in China’s business and culture, the birth of a consumer class, the Chinese innovation model, and the outmoded views of the country that remain prevalent in the West.

When a Stock Market Theory Is Contagious

In a New York Times op-ed, Professor Robert J. Shiller explains that stock market movements are driven by popular narratives that spread like “thought viruses.” Secular stagnation—the idea that the global economy may languish for years to come—is the current story driving down the stock market. Whether true or false, the idea alone has the potential to erase five years of gains and create a bear market.