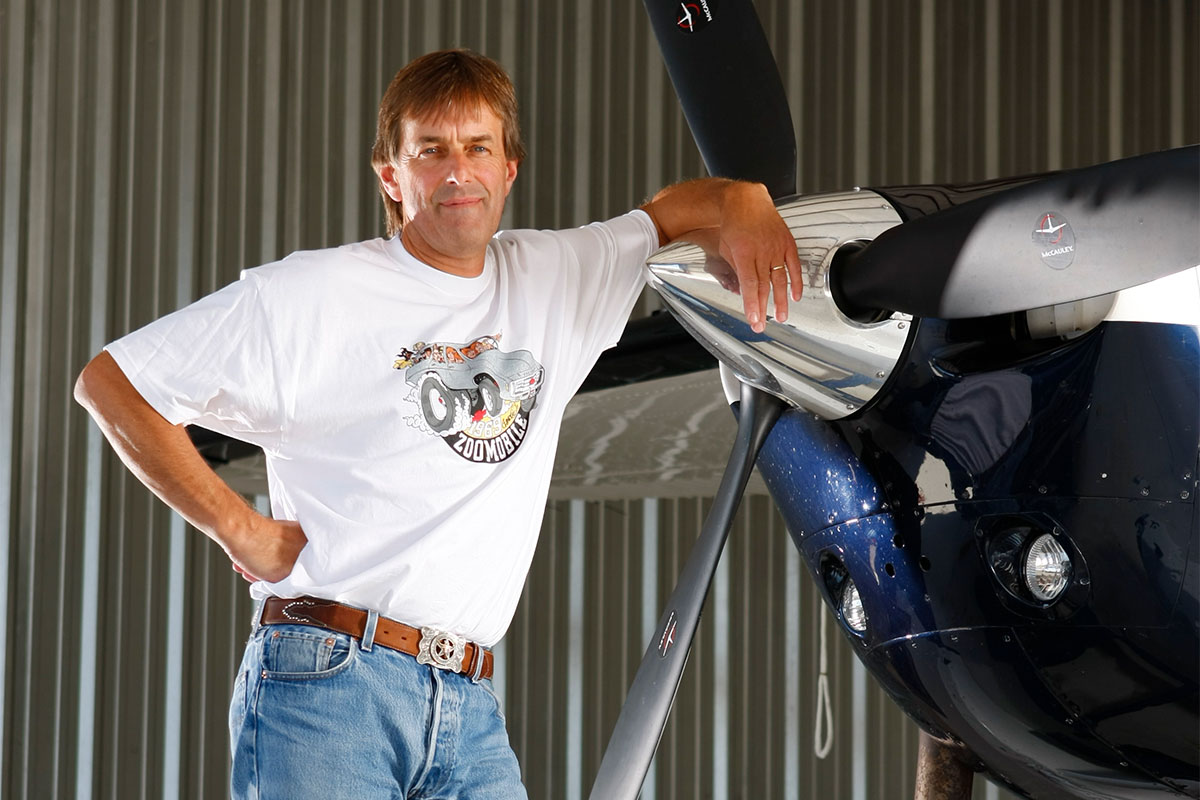 When Peter H. Hambling ’82 co-founded Digital Control Inc. (DCI), a company focused on horizontal directional drilling technology, he was committed to the venture—in fact, he went two years without a salary. But he was also determined to maintain work-life balance for himself and his team.

Hambling, who had previously worked in management consulting at Strategic Planning Associates, says he saw too many colleagues ruin family relationships by working nights and weekends. At the time he was launching DCI—around 1990—he and his wife were newly married, were starting to raise the first of their three sons, and had just acquired a “brand-new yellow Lab puppy.”

From the start, Hambling recalls, he and his co-founder, John Mercer, who developed DCI’s initial technology, agreed on a basic organizing principle.

“We both said, in a nutshell, ‘If this idea can’t make it on a 50-hour-per-week input, then it’s not good enough,’” Hambling says.

Nearly three decades later, it’s clear: The idea—a technology developed by Mercer that measured the pitch of a drill head—was good enough, and then some.

“That one patent was absolutely golden,” Hambling says.

And DCI, a privately held company still jointly owned by Hambling and Mercer and based in Kent, Washington, continues to produce other innovative horizontal directional drilling technologies. One, a device called the Falcon, reduces electronic noise on job sites by allowing engineers to pick the optimum frequency for drilling.

Hambling attributes DCI’s track record to its employees. “At the end of the day, the success of a business is entirely about the people you have,” he says. “Unless you’ve got an oil well, people are the most important part of an engine.”

It’s an apt analogy; engines abound in Hambling’s life. He’s got a model-train set that operates on 4,000 feet of track in his basement; collects classic cars, including a 1967 Ford Mustang; and owns a World War II-era bomber.

Airplanes were Hambling’s first love. He spent plenty of time in cockpits with his father, a former pilot in the Royal Air Force who later worked for British Airways in Seattle, and got his own pilot’s license at 16. After studying aerospace engineering at the University of Washington, Hambling earned a master’s degree at the von Karman Institute for Fluid Dynamics in Belgium in 1979 and was on his way to a PhD program when he learned about the Yale School of Management. The Yale program, then in its infancy (the first class entered in the fall of 1976), appealed to him because of its emphasis on interpersonal relationships. In a previous role at a fluid-dynamics engineering company, Hambling had identified a need for exactly that skill set.

Hambling, who serves on Yale SOM’s West Coast Advisory Board and established a general merit scholarship at the school, describes his time at his alma mater as a “dramatic departure” from his planned career path.

“Everything about it was new, and I loved it,” he says.

He says his experience at Yale “confirmed what I’d been seeing and feeling, which is that business is not just about money; it’s not just about analysis; it’s very much about what’s behind it, and that’s the people and how you harness their productive and creative power.”

After working in consulting and then at 3M and Orbital Sciences Corporation, where he focused on space-related research and development, Hambling reconnected with Mercer, whom he’d worked for at the fluid dynamics company. Together, they launched DCI based on a footnote in Mercer’s business plan for a company that would have produced drilling rigs.

“John is sort of the inventor, techy guy,” Hambling explains. “I understood what he was doing and made a business out of his inventions. My attitude at the time was, ‘If this thing fails, I’m going to be broke, but I won’t be dead, and I’ll find something else to do.’”

Today, Hambling says he is most proud of the “spirit and ambience” he and Mercer have created at DCI. To encourage communication and collaboration, the firm has no offices or cubicles in its headquarters, which feature large live plants as natural interior barriers and access to trails for employees and their dogs, who are welcome in the workplace. Ping pong features prominently on the company’s website (Hambling’s LinkedIn profile page includes a quote from Animal House: “No, no, no, don’t think of it as work. The whole point is just to enjoy yourself.”).

Although DCI operates primarily in the construction industry, Hambling describes it as technology company. That more flexible label allows for maximum possibility and potential, which seems fitting for Hambling, who has capitalized on the twists and turns in his own career. According to Hambling, the sky is quite literally the limit—in fact, decades after creating DCI, he and Mercer co-founded HeliTrak, a company focused on autopilot technology for helicopters.

“I’m just passionate about all sorts of things. We’re not in space,” he says of DCI, “but I wish we were. I keep looking at what we could do there.”

When I arrived at Yale SOM, I was a government person, but there were people from the military, investment banking, consulting, and many other sectors. That makes the spirit at SOM much richer, because students are learning not only from teachers, but also from other students.

After serving in leadership roles at the manufacturing firms Cummins, Alcan, and Novelis, Martha Finn Brooks ’86 left the private sector to devote herself to addressing poverty and issues facing women and girls around the world.

A talk with students about moving between the private and public sectors.