Diwura Oladepo ’18 is the executive director of Tech4Dev, the Nigerian-based nonprofit she and her husband, Joel Ogunsola, co-founded to empower African communities with digital skills. But despite her position, she notices that in conversation many people turn to her husband for answers.

“People have deep-rooted gender biases that they are sometimes not even aware of,” she says.

Oladepo hopes to help combat those biases through Tech4Dev. Women are outnumbered in the technology industry in Nigeria by a ratio of 9 to 1. One of the nonprofit’s highest-profile programs, Women Techsters, aims to train five million women and girls in digital and tech skills by 2030. This year that program, with help from a group of partners led by Microsoft, expanded to four other countries: Ghana, Kenya, Egypt, and South Africa. The Islamic Development Bank has signed on as a partner for future expansion as well.

For Oladepo, the road to social entrepreneurship began when she was an MBA student at Pan-Atlantic University’s Lagos Business School, a member school in the Global Network for Advanced Management. Oladepo initially thought she wanted to be a management consultant, but, after an internship in consulting at Accenture, she changed her focus.

“I realized as a consultant you are only advising decision makers, who can take your advice or ignore it,” she explains. “That was the turning point. I wanted to be an entrepreneur because it would allow me to make critical decisions, implement them, and more importantly, to make a difference.”

Oladepo and Ogunsola, then at Microsoft, started Tech4Dev in 2014 during the Ebola crisis in their country. The idea was to provide relevant information about the disease in a timely manner. Their informational website ultimately received one million unique visits.

“The dream was to solve the world’s greatest problems using technology,” she says. “We thought about technology as being an enabler, as giving people access to opportunities.”

After completing her MBA, Oladepo decided to apply to Yale SOM, realizing that she wanted exposure to management training and education outside of her own country. When she received the email notifying her of her acceptance into SOM’s Master of Advanced Management (MAM) program, she “actually yelled.”

“I was super excited,” she recalls. “It was a dream for me. Yale SOM’s mission to educate leaders for business and society embodied what it is that I want to do.”

At Yale, Oladepo got to know entrepreneurs across the campus. Two of her favorite courses were Leading Small and Medium Enterprises with Lecturer A.J. Wasserstein and Start-Up Founder Studies with Director of Entrepreneurship Kyle Jensen.

“A.J. used to always say, ‘Do the math,’” she remembers. “The numbers will tell you if your business is sick or comatose or healthy.”

In Jensen’s class, Oladepo says she was thrilled to be surrounded by entrepreneurs who all “had the same mindset.”

“We learned a lot not just about successes but failures,” she says. “I found that interesting.”

Since graduating in 2018, Oladepo says she regularly draws on negotiation and persuasion techniques she learned from Professor Zoe Chance and lessons about persistence from Professor Tristan L. Botelho. She also says she brought the “deeper level of research” she learned at SOM to her work at Tech4Dev.

“When people bring me shallow research, I can tell,” she says. “I ask them: ‘Have you thought of X, Y, or Z?’ I learned not to take something for what it is but to ask the deeper questions.”

Initially, Tech4Dev had three issue areas: public health, civic engagement, and digital education. But, after the founders attended the United Nations Commission on the Status of Women in 2019 and consulted with a member of their board of advisors, Oladepo and Ogunsola decided to narrow their focus. Digital education seemed likely to have the greatest impact.

“Technology is one of very few sectors in Africa where there is no nepotism,” Oladepo says. “It’s not, ‘Oh, my cousin needs a job. Can you help?’ Tech is strictly merit based. If you’re good at what you do, that charts a course for you.”

Women Techsters was honored as an “extraordinary solution maker” at the 2019 United Nations General Assembly in New York. A pilot of the program trained nearly 2,500 Nigerian women and girls between the ages of 16 and 40 in web and mobile development, game development, and the Internet of Things. (The program now focuses on software development, cybersecurity, data science and artificial intelligence, product design, and product management.) By the end of the pilot, 70% of participants had started a technology-related career, 25% were enrolled in a STEM-related university course, and 5% were building their own technology-related startups.

The Yale SOM alumni network has been an important resource as the organization grows. After Oladepo connected with Babasoji Maurice-Diya ’10, chief commercial officer for American Tower Corporation in Nigeria, Tech4Dev began helping to implement the company’s Digital Villages project, which aims to provide digital education access in remote and rural areas to ensure digital inclusivity and equity for all.

Oladepo says she’s inspired by the impact digital skills has on women’s lives, mentioning the stories of Women Techsters alumni who have gotten jobs in technology, launched startups focused on augmented reality and virtual reality, or created their own technology training initiatives.

“What makes you happy at the end of the day in the nonprofit space is not earning millions of dollars, or Naira,” she says. “Fulfillment comes from seeing a woman learn a skill and use that skill to get a job—changing that woman’s life, the life of her family, and bringing prosperity to her immediate community.” 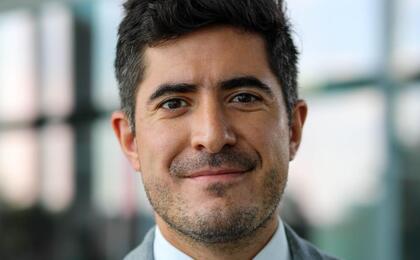 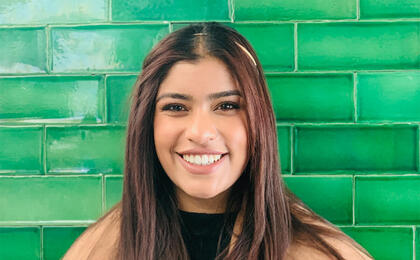 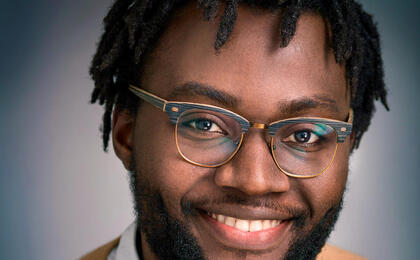