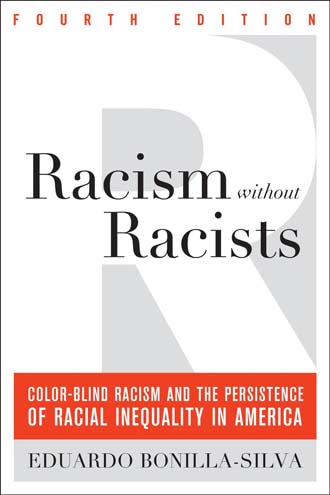 I recommend Racism without Racists: Color-Blind Racism and the Persistence of Racial Inequality in America, by Eduardo Bonilla-Silva. Through extensive interview studies, Bonilla-Silva deconstructs how White Americans and Black Americans think about racism (the former as an interpersonal phenomenon, the latter as a systemic one). He explores how narratives around racism have changed, shifting from more blatant racism (think Archie Bunker) to more subtle “colorblind” racism (“I don’t see race/treat everyone the same”). Both maintain White supremacy, but one is harder to fight. It’s a must-read for anyone who wants to better understand race relations in the United States—where we’ve been, where we are, and where we’re going. 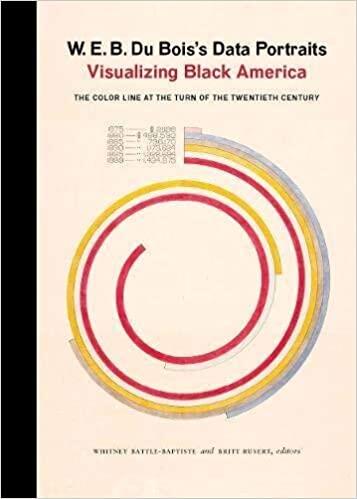 During the pandemic, I spent several weekends visiting outdoor art exhibits and sculpture gardens. One of the few indoor exhibits that I have seen in the last year is Artspace New Haven’s W.E.B. Du Bois, Georgia, and His Data Portraits . While that exhibit is not nearby for everyone, the data portraits are also contained in a book, W.E.B. Du Bois’s Data Portraits: Visualizing Black America. The data visualizations come from Du Bois’s work as a sociologist, and were originally displayed at the Paris Exhibition in 1900. They provide a gripping portrait of Black life in America at that time, and document family and economic life from prior to the abolition of slavery to the turn of the 20th century.

As just one example of an arresting image, there is a data portrait of the marital status of Black Americans by age, and the share of women over 65 who were widows in 1900 is overwhelming—both as a data point but also as captured in the visualization. So many of us in both academics and business struggle to present quantitative information visually, and the Du Bois data portraits are extraordinary in their quality. We have a lot of computer tools at our disposal to do visualizations today, and the Du Bois graphics still stand out as exemplary. 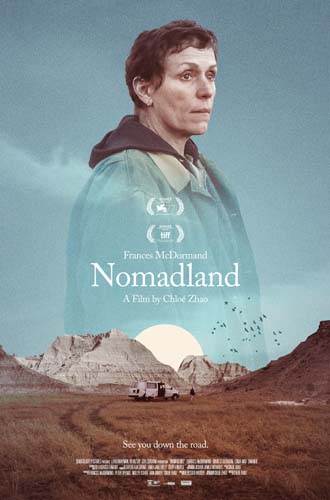 Among the movies I watched this year, I recommend Nomadland. Many of us love nature. But then, most of us do not have it in us to abandon the comfort of our homes and to live our lives “houseless” and immersed in nature full-time. Nomadland, for a couple of hours, provides you with the fantasy that you have done just that. Its music (by Ludovico Einaudi) and the fact that it uses real-life nomads (rather than professional actors) for many roles makes the film a pleasure to watch.

Edwin J. Beinecke Professor of Finance and Management Studies & Director of the International Center for Finance

I read my colleague Emily Erikson’s remarkable new book Trade and Nation: How Companies and Politics Reshaped Economic Thought. Erikson uses big-data techniques of topic modeling and network analysis to analyze the shape, dynamics, and purpose of English economic discourse from 1580 to 1720. It is brilliant, interdisciplinary work that extracts the themes and relationships among books in English over a crucial period of early modern European history to test a theory: Did economics evolve from merchant “social media” treatises written to publicly argue for the virtues of trade? Did merchants invent economics because they were mostly shut out of Parliamentary debate?

A perk of having lived in Connecticut since 1987 is constant exposure to high-level collegiate women’s basketball in the form of the University of Connecticut Huskies. So many of these talented women have continued to play as professionals that I have become addicted to WNBA basketball as a way to relax, marvel at beautiful athletic play, and follow the careers of former UConn stars. My favorite team is the Seattle Storm, with UConn greats Sue Bird, Breanna Stewart, and Katie Lou Samuelson. Yet WNBA basketball emphasizes team play above individual superstardom. There are games almost every day during the summer, some of which are available on standard cable channels, and many more via the WNBA’s League Pass app for addicts like me. I am especially excited for the Olympic women’s basketball tournament later this summer, featuring the very best women’s basketball players in the world. Hoop it up! 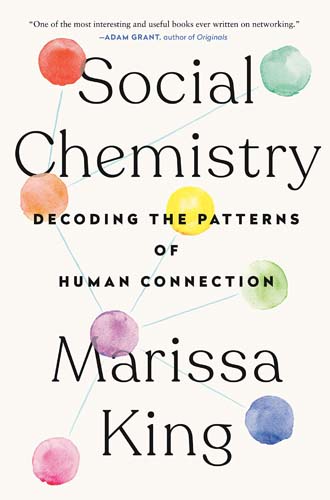 I loved my colleague Marissa King’s Social Chemistry: Decoding the Patterns of Human Connection. In an age of both hyper-connectedness and extreme loneliness, even pre-pandemic, Marissa King definitively cracks the code on human connection: what brings us together, what keeps us together, and how we make each other come alive. In particular, she looks at how someone’s networking style (are you a Broker, Convener, or Expansionist? you can assess your own network online here)—determines what jobs you’ll hold, the person you’ll marry, and the opinions you’ll have.

Expansionists, who tend to have large social networks, may be able to wield greater influence; Conveners, on the other hand, may gain greater well-being by having fewer but deeper connections. King concludes that our world needs all three types of connectors. While Conveners’ tight networks can provide security and information, Brokers help bring in new ideas and foster creativity, while Expansionists can mobilize large groups and provide inspiration. As King writes, “They all contribute to a brilliant, vibrant human order.” 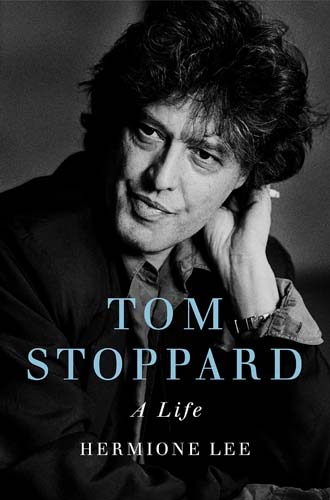 One of the pleasures and privileges of living in or near New York City from the 1970s to the 2000s has been the regular appearance of plays by Tom Stoppard. Through characters fictional and historical, he’s explored, among other topics, Shakespeare, communism, surrealism, English versus French landscaping, poetry, physics, colonialism, the theater, and rock ’n’ roll. With flights of imagination and feats of language, Stoppard is always concerned with love, loss, uncertainty, death, and transformation.

So I’m spending the summer reading the recent biography, bluntly titled Tom Stoppard: A Life, by Hermione Lee (also biographer of, among others, Edith Wharton and Virginia Woolf). Born in Czechoslovakia, Stoppard and his family fled the Nazis when he was a child and, via Singapore and India (his father perishing along the way), ended up in England. Starting as a drama critic, he was roommates and played cricket with the actor Peter O’Toole, who soared from Hamlet to Lawrence of Arabia and beyond. Stoppard made the transition, not without setbacks and penury, to successful playwright in his early 30s. And that is just the first 150 pages of the meticulously documented 800-page biography. For anyone interested in arguably the greatest English-language playwright of the last 50 years, I would commend it to you. 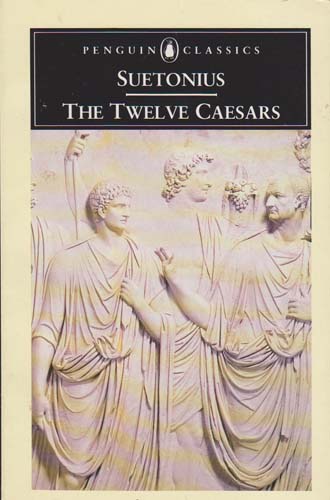 I have been reading the ancient Roman author Suetonius (approx. 69–122 AD), in his book The Twelve Caesars. You can find for free an old translation on Project Gutenberg. It contains a chapter on the Roman Emperor Nero. I found this chapter enlightening, comparing it with the political polarization of today. While no politician today is as bad as Nero was, some of them have similar big egos and fanatical followers. At one point in this chapter, Suetonius wrote, “He [Nero] had an insatiable desire to immortalize his name, and acquire a reputation which should last through all succeeding ages; but it was capriciously directed. He therefore (381) took from several things and places their former appellations, and gave them new names derived from his own. He called the month of April, Neroneus, and designed changing the name of Rome into that of Neropolis.” His admirers after his death “for a long time decked his tomb with spring and summer flowers. Sometimes they placed his image upon the rostra, dressed in robes of state; at another, they published proclamations in his name, as if he were still alive, and would shortly return to Rome, and take vengeance on all his enemies.”

American Gods by Neil Gaiman is on nearly every list of all-time best science fiction and fantasy novels. It is not only a great read but also an entertaining way to learn about the religions various immigrant groups brought to the U.S. As a bonus, you get a fictionalized tour of small-town Americana. Do not let the dreadful TV series based on the book dissuade you from picking up the novel.

I am enjoying reading Steve Advocate’s poetry in Open Carry. I like to open a random page to read out aloud one poem at a time. He brings a refreshing perspective on the world and our lives. 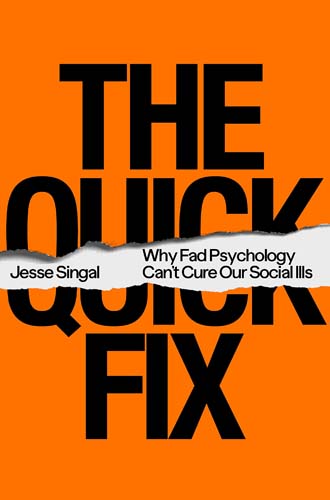 I try to read books that counter beliefs I currently hold; books that makes me think and rethink. As a behavioral scientist, one such recent book is The Quick Fix: Why Fad Psychology Can't Cure Our Social Ills by Jesse Signal. Signal points to a set of issues around taking basic psychological science as the basis for behavioral change recommendations and policy. While I am unconvinced by some of the arguments, it is a book that certainly makes me think. It is a book that is critical of journalism driven by clicks, and of research driven by desire for exposure. It is also critical of a society that demands quick fixes where hard, slow, difficult effort is needed. In short, you might or might not like it, but if you are interested in the behavioral sciences, it will make you think. What else can you ask of a book?