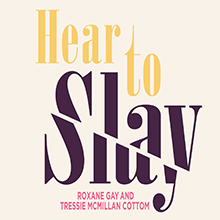 Hear to Slay (Luminary)
I am just fascinated with the power and truth and groundedness of Roxane Gay. Her books and social media are a treat, and now, a podcast for badasses. Enjoy!

Getting to Yes, And (Second City Works)
Improv is a great way to practice leadership presence and exercising your power in the moment. In this podcast from the well-known improv house Second City, you will hear lots of improv wisdom. 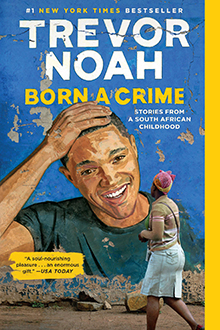 Born A Crime by Trevor Noah
Trevor Noah, the host of The Daily Show, has written a set of remarkable autobiographical stories that are hilarious, dramatic, and deeply affecting. Born to a white Swiss father and a black Xhosa mother at a time when such a union was punishable by five years in prison, he recounts subsisting on caterpillars for dinner during hard times, being thrown from a moving car during an attempted kidnapping, and just trying to survive the life-and-death pitfalls of dating in high school.

The book is funny, but it is much more than just an entertaining read. It enlarged my understanding of the world by offering a new perspective on South African history, colonialism, and apartheid. 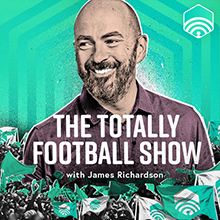 The Totally Football Show  (Muddy Knees Media)
James Richardson, the host of The Totally Football Show, a biweekly podcast, is a rare thing: a soccer pundit who doesn’t make you want to cover your ears. Unlike most soccer pundits, he is not wooden, self-serious, domineering, or grandiose. Neither is he an ex-pro, and his wry, expansive, often very funny musings on the game are consequently free of the player-pundit’s tunnel vision. Richardson regularly breaks the fourth wall of sportscasting, acknowledging the existence of a larger world beyond soccer.

The show has a recurring cast of eloquent and well-informed guests—including Raphael Honigstein, Kelly Cates, Caroline Barker, and James Horncastle—who, like the host, do not shy away from hilariously exaggerating and parodying the language of conventional soccer chat. But the highlight of every show is James Richardson’s funny puns and quotes. I would recommend the show to anybody who has even just a mild interest in the beautiful game. 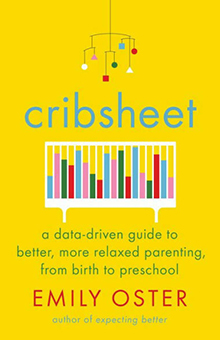 Professor in the Practice of Management

Cribsheet by Emily Oster
Cribsheet by Emily Oster (yes, Sharon Oster’s daughter), is appropriately described by the subtitle, A Data-Driven Guide to Better, More Relaxed Parenting, from Birth to Preschool. This is better than Doctor Spock, and must be read by every new parent to obtain worry-free wisdom about childrearing, or read by every older parent or grandparent to relive and laugh about the anxieties experienced when they were doing the parenting. Imagine, a book written by an economist that even an accountant can enjoy! 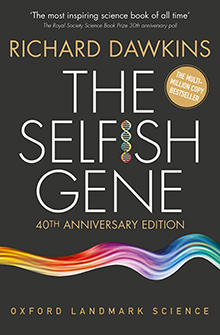 The Selfish Gene by Richard Dawkins
This is a must-read (or must-listen if, like me, you prefer audiobooks) for those who are curious about evolution. Dawkins does a great job convincing you that genes are at the heart of the evolution process. They are what evolve over time, and we are merely survival machines they have built around themselves. The book uses game-theoretic notions to explain how cooperative behavior arises among individuals within a species, why we love our closer relatives more than farther ones, why some species evolve to have seemingly disadvantageous features (like a heavy tail that makes it hard to move fast), and lots and lots of other things. It is a perfect combination of education and entertainment. 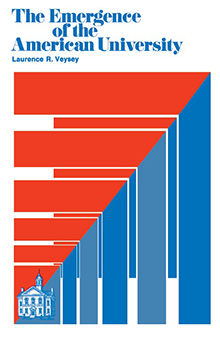 The Emergence of the American University by Laurence R. Veysey
This tome chronicles the process by which small schools for clergy like Yale transformed into the research behemoths we know today. I enjoyed reading about Yale often in this book, and I feel like it helps me understand the university better. The author, Veysey, died a highly tattooed nudist and recluse on a tropical island. I’m not sure by what mechanism, but that surely increased my enjoyment of the book. 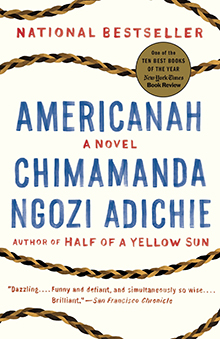 Americanah by Chimamanda Ngozi Adichie
Wonderful book about identity, immigration, humans. I grew up in many different cultures (Asian, Eastern European, Western European), and both my parents are immigrants, but I know very little about the African, African-American, and American African cultures, and the book sensitized me to try to be more inclusive toward cultures that are completely foreign to me. It also made me want to learn more about the American African culture. Parts of the book are set at Yale, which makes the book even more fun to read. It is very well written and a must read. International Experience delivered to your living room or to the beach. 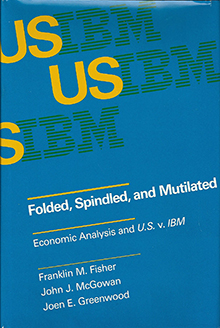 Folded, Spindled, and Mutilated: Economic Analysis and U.S. v. IBM by Franklin M. Fisher, John. J. McGowan, and Joen E. Greenwood
I’m going to reread this terrific analysis of what might seem like a quaint case involving computers. I suspect it may yield some insights on how to approach some of today’s pressing issues. 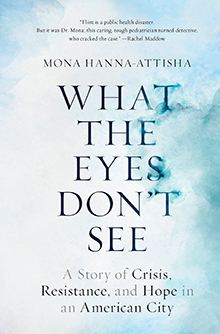 What the Eyes Don’t See by Dr. Mona Hanna-Attisha
This is a bracing read about the Flint water crisis, told by the physician who first noticed elevated lead levels in her patients. From this discovery through the underbelly of state and agency politics and bureaucracy, Hanna-Attisha describes the blind alleys, unlikely allies, and hard-won progress made to reverse this terrible public health crisis.

Find more faculty recommendations on our 2018 and 2017 summer reading/listening lists.