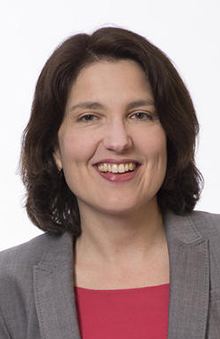 Professor Judith Chevalier, the William S. Beinecke Professor of Economics and Finance, has been named the new chair of the American Economic Association Committee on the Status of Women in the Economics Profession (CSWEP). A standing committee of the AEA, the CSWEP promotes the careers and monitors the progress of women economists in academia, government agencies, and elsewhere. Chevalier previously served as a member of the CSWEP Board from 2002 to 2004.

Chevalier’s research is in the areas of finance and industrial organization. In addition to her position at Yale SOM, she is a research associate in the Industrial Organization program of the National Bureau of Economic Research. She has served on the Executive Committee of the AEA and currently serves on the Board of Directors of the Industrial Organization Society. A past co-editor of the American Economic Review and the Rand Journal of Economics, Chevalier was awarded the inaugural Elaine Bennett Research Prize from the CSWEP in 1998.