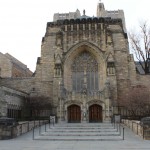 Libraries are one of the most important parts of a university, and for me they are absolutely the soul of a university. There are more than 30 libraries at Yale, and each library tells its own unique story. One of my favorite parts of being in the MAM program is that as a member of the SOM community you are also a member of the Yale University community. As someone who loves libraries having all of Yale's libraries to explore has been wonderful aspect of my experience. As this semester has come to an end I think this is the time to introduce three of my favorite libraries: Sterling Memorial Library, Center for Science and Social Science Information and Beinecke Rare Book & Manuscript Library. 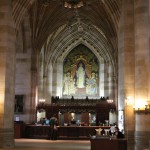 This is the first library I visited at Yale during MAM orientation and one of the most photographed buildings on the Yale campus. SML was one of the earliest libraries at Yale, which was originally opened in 1931. It is hard to imagine that it is a library until you step inside. It looks like a Cathedral rather than a library from the outer appearance. Even after stepping into the building, it is still very difficult to imagine this is a library because of the brilliant design. I find the atmosphere in SML the most conducive to studying and many of my friends agree which is why it is the place that I spend most of my spare time. 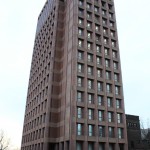 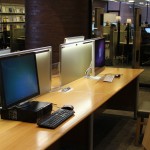 This name doesn’t sound like that of a library and neither does its outer appearance. However, don’t let the appearance fool you, because the tall building you see from the outside is actually the Kline Biology Tower which the CSSSI is actually underneath. When you get into the Center, you will find this is one of the most advanced libraries in terms of technology. All desktop computers are iMACs with 21’ and 27’ screens. You can either surf on the internet or search for all kinds of information you need here. The study room in this library is opened 24 hours a day which is also one reason why I like it. 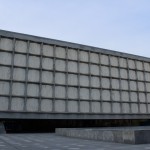 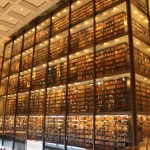 Beinecke is not really a place for studying however it is still one of my favorites. From my perspective,it is a great work of art. Everything is designed in a modern style, and this is the only one among these three libraries, which looks like a library. However, the books here have much longer history than the library itself. The whole building is a perfect combination of modernization and classic. You can find most ancient original manuscripts here, and all of them are well protected by a special glass cover. If there are any emergencies, such as a fire, flood or earthquake, all of the books under the glass cover will automatically sink underground.

49 Nobel Laureates have been affiliated with Yale and the University has produced many notable alumni, including five U.S. Presidents, 19 U.S. Supreme Court Justices, and several foreign heads of state. It is an honor to now study in the same libraries as such a distinguished group of people.