For many students, the next step after receiving an offer of admission is to take the opportunity to visit campus—to meet current students and future classmates, get to know Edward P. Evans Hall and New Haven, and perhaps even tour an apartment or two. But many other newly admitted students don’t have the opportunity to visit campus—they may live on the other side of the world or have busy professional lives—and don’t step foot in New Haven until they arrive for MBA orientation.

This year, the COVID-19 pandemic means that many more incoming students are learning about Yale SOM from afar—through the Yale SOM website, online events, and connecting with alumni and current students.

Below, current students remember their own experiences and offer advice on how to get to know Yale SOM and New Haven when a campus visit isn’t possible. 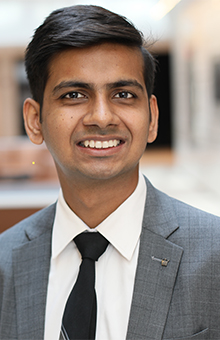 “After getting my offer of admission, I was contacted by SOM alumni and students. The conversations were very helpful to understand more about SOM’s unique, tight-knit culture. The most helpful thing in making my decision to attend SOM was learning about the school’s commitment to the mission. I came from a humble background in India and decided to pursue an MBA after leaving my job to increase the impact of my initiatives. It was very important for me to be in a culture that encourages entrepreneurship and an action-oriented attitude. Each of my touchpoints with members of the SOM community reflected my own beliefs. Even though I didn’t visit SOM before enrolling, my transition happened quickly. The Slack channel of all the admitted students helped me with almost everything, such as housing in New Haven, meeting my fellow classmates, and all events happening in New Haven.”
—Abhishek Agarwal ’21 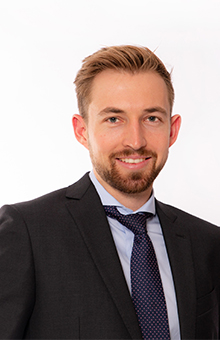 “I mainly learned about SOM from speaking to current students—a fellow South African reached out to me and was very helpful in answering all my questions, ranging from whether to take the exemption exams to which areas to look at for housing in New Haven. The transition to campus was actually very easy and smooth—the orientation week was a very busy and enjoyable week which afforded me the opportunity to meet lots of my peers and to start making friends. The Africa Business and Society Club had provided a document before I arrived with many helpful tips such as setting up a bank account, transport options in New Haven, and where to buy groceries. New Haven is easy to get around and explore, and I enjoyed exploring New Haven in my first few weeks.”
—Richard Damant ’21 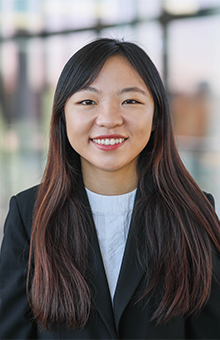 “My first and only time visiting New Haven before arriving for orientation in August 2019 was the previous summer. I was on a family trip, the purpose of which was to take my teenage brother on a tour around various American college campuses. We toured the undergraduate campus area, and I never saw Evans Hall, which seems so incredible to me now having lived in New Haven for almost a year.

“Despite not officially visiting campus, surprisingly, on my first day of orientation, I did not feel unprepared. In my opinion, orientation is vastly more important for making connections than attending admitted student events. Looking at my network and friendships, only a small proportion was formed prior to arriving at SOM. I would definitely recommend to incoming students to attend as many events as possible during orientation and the first few weeks of class. This is really the time for people to get acquainted and share in the experience of starting out in a new environment.”
—Emily Sun ’21 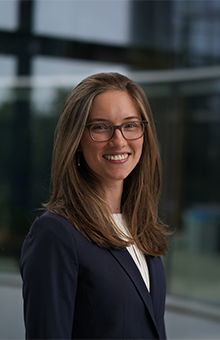 “I wanted to join a smaller, more mission-driven community rather than a larger, potentially less personable one; I wanted to be able to take classes in other schools around the university; and I wanted to go somewhere with a proven track record of graduate success in my industry. I started talking to graduates and current students at Yale SOM and, after seven  or eight conversations, knew that this was the right next step for me. I applied only to SOM. By the time I visited campus, I was already sold on SOM.”
—Ariana Baurley ’21 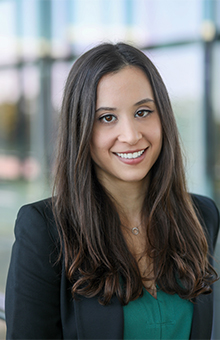 “The first time I ever saw SOM was on the first day of school. I was a Round 3 admit and decided to do my admissions interview virtually. I attended an admissions event in L.A. that was extremely helpful in helping me get a bit of a feel for SOM. At that event I learned about the Student Ambassadors who are current students, and they are resources for applicants. One of the Student Ambassadors was a huge help to me, and she was actually the only student I talked to throughout my application process. From the admissions event I also met an admissions officer and after I was admitted she gave me advice on apartments and I ended up also signing the lease for my apartment completely online as well. I’m a full believer in trusting in the universe and taking a leap of faith.”
—Stephanie Wayne ’21 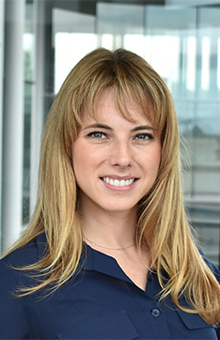 “I was fortunate enough to get to know SOM through a meeting with a faculty member, who I was able to meet with through a personal connection. I was originally a waitlisted candidate, and I got to know a little bit about SOM from him—we discussed my past experiences, my future goals, and what life is like at Yale. He reassured me that as a former teacher, I would fit into the SOM community seamlessly; the people are open and friendly, the community is strong, and students want to do good for the world. I also had such a positive interview experience with an admissions officer who reassured me that the people who form the Yale community are those who are looking out for each other. She was truly interested in the past work I had done, and we engaged in meaningful conversation. This is all to say that without meeting current students and without attending a Welcome Weekend, I still felt that I would belong at Yale SOM. It is a place where you are challenged, encouraged, and supported. It is a place where you are extended outside your comfort zone but also create new zones of comfort. It is a place that I have loved since day one, and I couldn’t imagine myself anywhere else.”
—Amanda Taselaar ’21