In 2005, he became the head of Unilever’s Project Shakti, a microenterprise initiative that empowers women in rural India through the sale of basic personal health products, like soap. “There, things changed,” said Sharma. “My paradigm changed. How we do business—that changed.” He has since taken the lead on GSK Consumer Healthcare efforts across rural India. He described this work, along with his evolving ideas about the identity of business, in a September 25th talk at the Yale School of Management entitled “Multi-National Corporations Marketing at the BOP: Scaling Social Impact.”

Rural India, while dramatically underserved, presents a unique challenge to most companies. About 85 percent of rural villages have a population of less than 2,000, frustrating standard business practices; infrastructure is also poor. Community-level traditions are difficult to influence, and opportunities to influence are rare, as very few rural residents are connected to or engaged with any form of media.

At the same time, the population of rural India is 833 million—a market larger than the U.S. and the European Union combined. “It’s almost like one out of every six people on this planet lives in rural India,” said Sharma. In order to effectively penetrate these markets, he noted, businesses must integrate the goals of development into their basic model. “Business can, in fact, aid community development; and it can make business sense.” 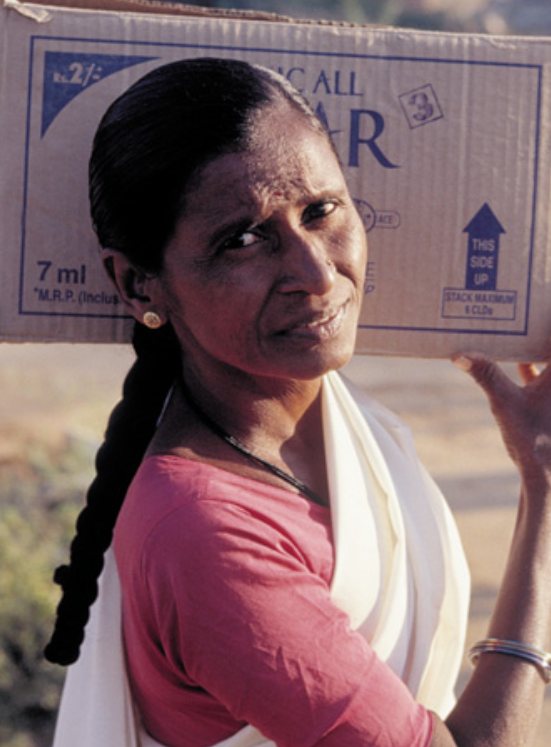 He offered three illustrative cases, starting with his work at Project Shakti and moving on to current efforts within GSK Consumer Healthcare, where he is tackling the pervasive problems of malnutrition and maternal health while building market share. For the case of malnutrition, Sharma highlighted a public health campaign within small villages that builds alliances among schools, local physicians, and tight-knit community health groups known as Anganwadi. The program now reaches one million people every month; this reach is reflected in GSK sales.

On the maternal health front, GSK has started a program that provides weekly healthcare information to pregnant women through automated mobile voicemails. “This is a very different way to reach consumers,” said Sharma. “But we need to move from business as a transaction to business as relationship.”

A diverse audience attended the lecture, with students not only from Yale SOM, but the Medical School, Public Health, Global Affairs, Forestry and Environmental Studies, and Yale’s World Fellows program. Through a series of questions, students expressed curiosity about the practical management of these programs—how do you build and measure success? How do you expand to other development needs or locations?

In response, Sharma admitted that not all markets are conducive to the integration of community development. The space is also relatively new, which means companies are sorting out the internal and external implications. “But they’re waking up to it,” he said. If you, as a manager, can deliver on both the business and the development propositions—“and it has to be both,” he made clear, “then I’ve found people will rally around you.”

This lecture was jointly sponsored by Yale SOM’s China India Insights Program, Program on Social Enterprise and Yale’s Center for Business and the Environment.