Who: Thirteen teams from around the globe

What: To determine the investment opportunities for a Norwegian fund

Why: To have a blast!

Before I came to business school, I had always heard that people participated in these things called “case competitions.” They seemed to be a chance to work closely with a small group of peers, (attempt to) solve some sort of a problem, network with people from other great business schools, and come away with a sense of accomplishment. 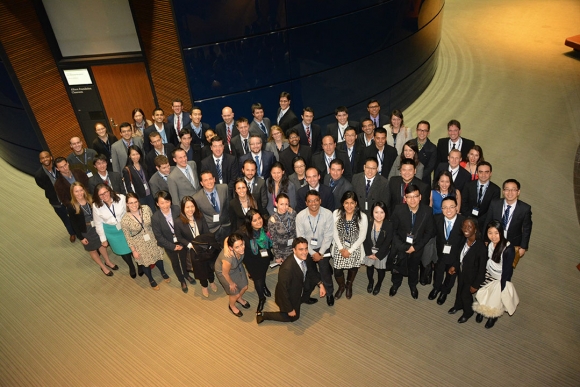 ILCC Participants from 7 Countries and 5 Continents

Indeed, Yale SOM was no exception to this. During the school-wide club fair, there was a booth for the Integrated Leadership Case Competition, Yale’s own case competition. Kalil Diaz ’14 and others were looking to find a group of enthusiastic first-years to help with the development of the competition. Since then, as a greater group of first-year and second-years, we have been working since September to put this case competition together.

Building up to the competition itself, I was part of the Marketing team and helped with everything from creating marketing materials and content to building buzz around the competition both internally and externally. As a team, Bukky Olowude ’14, Igor Barros ’15, and I are a pretty detail oriented bunch; we even stayed up until 4:30am (of our own volition!) to set up all the rooms before all the schools arrived at Evans Hall. We made sure the case packets were ready, the building maps were color-coded, and the rooms were decked out with sponsor swag (thanks, Analysis Group, Ernst & Young, and Nestle Waters) – all ensuring that each touchpoint was, most importantly of all, complete with Yale SOM branding! I was particularly excited to work with a diverse team helping set up this conference: of the 14 members of the planning team of us, we represent seven countries across five continents, and even had representation from another graduate school across the greater Yale University. 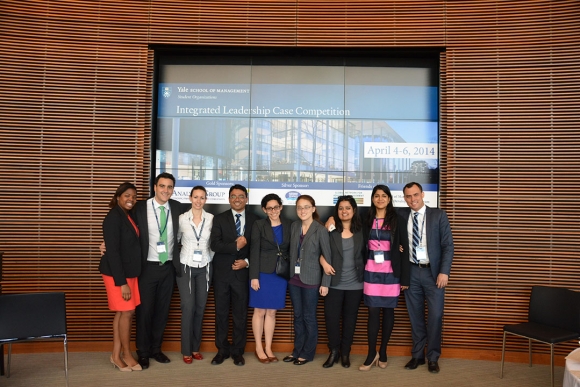 Ultimately, throughout April 4-6, Yale SOM hosted twelve other schools at the Second Annual Integrated Leadership Case Competition. While each case school team participated in an exciting day of analyzing a Yale SOM raw case and being evaluated by leadership assessors from the Yale Leadership Development Program on their leadership skills, for me, it was inspiring to finally see everything come together – across logistics, finance, operations, and the other functions. Everything was in place and running smoothly, down to the last Yale SOM tablecloth covered with coffee and pastries to the engraved awards and trophies for our competition winners.

After two days of case preparation and presentations, Tepper School of Business at Carnegie Mellon University ended up taking home the competition trophy! Yale SOM did well too, as we were the runner-up prize winner in Pool C. It was also great to see two of the seven Global Network of Advanced Management schools take home prizes; National University of Singapore Business School took home 3rd Place  (behind the MIT Sloan School of Management who took 2nd Place), and UCD Michael Smurfit University in Dublin was recognized for Best Team Dynamics. 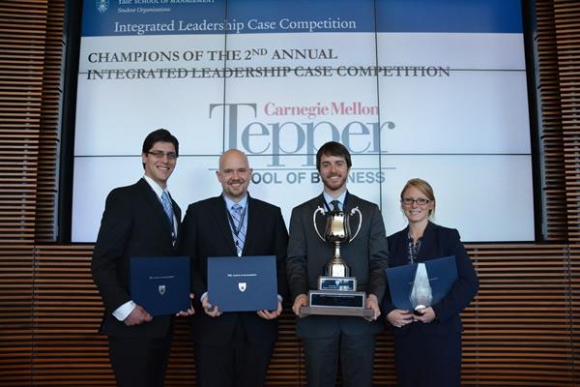 The Winning ILCC Team from Tepper

Finally Charles Ellis, our keynote speaker, even recommended two books for those of us still figuring out our lives as we wade through business school and life thereafter:  My Life At General Motors by Alfred Sloan and Flash Boys by Michael Lewis. And, of course, before I start creating another to-do list in preparation for ILCC 2015, I’ll be sure to add Mr. Ellis’ books to my summer reading list!