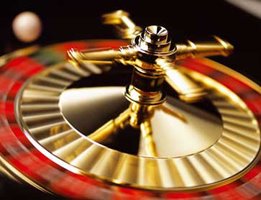 Its the first week of April and for international students hoping to work in the US, it marks the beginning of a process I like to call "Visa Roulette". Starting yesterday (April 1st), employers began filing H1-B petitions to sponsor foreign non-US citizens like myself for long-term work authorization. As I've mentioned in a previous blog entry, the H1-B visa allows foreigners to work in the US for up to 6 years and it is the most sought after visa by international students. Sadly though, based on the chatter on the web and the opinions of many immigration lawyers, the chances of securing an H-1B visa this year will rely on luck - with the odds of success somewhere between 1 in 4 or 1 in 3. Foreign students didn't always have their visa prospects determined by random luck - early in the 90's for example, the 65,000 quota was never reached. But in recent years, the quota has been exhausted, albeit over time. For the 2006 year, the quota was reached within 4 months. For 2007 , the quota was exhausted within 2 months. But last year over 130,000 applications were filed within the first 2 days of accepting applications, and the US government decided to conduct a lottery to determine who would receive a visa. Those that applied last year faced odds of about 50/50. Now a year has gone by and predictably there have been no legislative changes to increase the 65,000 spots available to foreign students. So naturally the 65,000 who didn't get receive a visa last year are likely to re-apply in addition to the new applicants like myself who are applying this year. Its puzzling to me as to why the US would resort to randomness to who remains in the country and who does not. In fact, most of the H1-B application process seems completely arbitrary and nonsensical. Every year, America literally turns away thousands of skilled workers who want to legally work in the country, pay their taxes, and be productive members of society. Potential investment bankers, computer programmers, economists, and even nonprofit consultants like me (gasp!) are told, "Take your skills and go somewhere else to work". To depend on a lottery to compliment and grow the nation's workforce seems illogical to me, and counter-productive especially during a time when the US economy isn't firing on all cylinders. For a country built on capitalistic notions, its truly bizarre to see basic laws of supply and demand of labor ignored, despite employers actively petitioning for the cap to be increased. Ridiculous. At this point all I can do is wait and cross my fingers. I'm fortunate enough that my future employer has hired an immigration lawyer, paid his fees, and filed a petition for an H1-B on my behalf. Even so, its irritating that my long-term work prospects in the country will now be determined by nothing more than a figurative spin of a wheel. Time to play Visa Roulette... Wish me luck.