The Changing Face of Venture Capital

The venture capital world is changing quickly, and from where Niki Manby ’99 sits, being nimble is increasingly imperative.

As COO of Citi Ventures, Citibank’s venture capital group, Manby has overseen the restructuring of Citi’s venture capital work from the “old-style, lump-sum model of funding” to a “new, incremental funding plan that responds to the startup lifecycle.”

Manby, who has also worked at Visa and IDEO, spoke to Yale SOM students on September 23 during an event sponsored by the Design and Innovation Club.

While there are currently many investment opportunities for venture capitalists, Manby said, the landscape is starting to change. “The number of startups seeking funding will recede,” she said. “The rate of technological innovation outpaces a lot of startups, and there just won’t be as much need.”

Right now, though, there is “massive competition” among venture capitalists to find, and nurture, the best startups, Manby said, and that’s where Citi Ventures’s innovative new funding model comes into play. 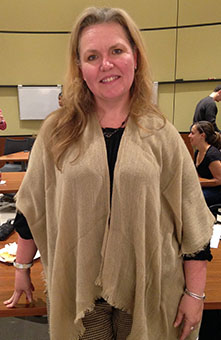 The model was designed to respond to the real, and very unpredictable, nature of startups as they respond to market pressures and refine their products, Manby says.

“No one gets $10 million to build something that they spent two years proving they could do,” she said. Instead, Citibank funds ventures piecemeal, offering periodic stipends and checking in on a startup’s progress before increasing funding.

Citibank has also created seven “innovation labs” around the world, where local staffs—of varying sizes—identify and support promising startups. Citi Ventures serves as a central “platform,” connecting them all.

“The labs aren’t under a single umbrella,” Manby said. “We sprinkle them around and fund them all. Each lab identifies its needs and the viable ideas in its market.”

This new funding model’s advantages include giving startups the ability to “rapidly iterate on and improve their model,” Manby said, while only a small amount of capital is at stake. The model also lets startups incorporate new technical advances into their products.

Most of all, Manby said, this flexible funding model puts greater emphasis on developing a product’s real world applicability.

“Human-centered design becomes the staple for how growth is nurtured,” Manby said. “And that’s something that happens on a case-by-case basis.”