Karl Marx was born two centuries ago, on May 5, 1818. He was the principal author of the Communist Manifesto (with Frederick Engels, 1848).There is much in that document that has proved to be wrong, or has become irrelevant today. However, the Manifesto also proposed what was revolutionary at that time. Some of it has become so absorbed that it might be taken for granted in today’s society, and for some of it the debate continues. Look for the following ideas, not necessarily stated in today’s language, and judge for yourself (as did the members of the SOM elective class MGT 889—Humanities and Management Leadership—in fall 2017): 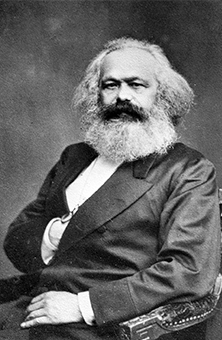