Greetings from Bali! Now that I have been able to have a little bit of rest and relaxation in Bali after my Global Social Enterprise (GSE) and International Experience (IE) trips, I can actually reflect and share some of my experiences in Indonesia. One of the unique aspects of my trip to Indonesia was its focus on international development and natural resources, led by professor of developmental economics, Mushfiq Mobarak.

Development 101
Over the course of the trip, we talked about fundamental development strategies through the Indonesian lens. Firstly, it is necessary to start with a common definition of “development.” As Mobarak would define it, “development is the process of a society to increase the wellbeing of the majority of its members.” Well being defined as a standard of living, such as health, education, food security, political rights, and access to justice. Those benefits should then accrue to the majority of the populous, meaning there should be relative income equality. In Indonesia’s case, the nation is dominated by large conglomerates, many of them which we met, such as Astra, which is one of the largest players in the auto market from car and motorcycle manufacturing with joint ventures with Toyota and Honda to financing arms. These large conglomerates mainly reside in Jakarta (Java), thus creating large income inequalities between Java and the rest of the regional islands in the east.

Indonesian Prospects and Challenges
Over the course of the trip, we heard similar themes from the people we met with. Indonesia is a dominant southeast Asia player. With Indonesia’s large populous, it has a large domestic consumption base, attracting multi-national consumer packaged good companies and the like. Indonesia also has comparative advantages due to its rich natural resources both in terms of its abundance and diversity from food products, such as palm oil to energy, such as coal, all of which we were able to see firsthand through meetings with Adaro where we were able to see its full value chain operations and talks with Cargill and their palm oil operations. However, with these great prospects, Indonesia also has numerous challenges it must surmount including: 1) human capital development, which includes both education as well as health, 2) infrastructure, which includes physical, information technology, and soft or institutional infrastructure such as contract enforcement, property rights, expropriation, and IP law, 3) corruption, 4) risk of political instability, which seems to be minimized since wealth tends to be centralized, and 5) ethnic diversity, which currently does not appear to be an issue , but could be in the future as income disparities rise.

Indonesia through pictures
After geeking out on the international development aspects of the trip, I wanted to share a couple pictures from our time in Indonesia to whet your appetite: 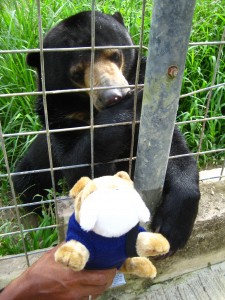 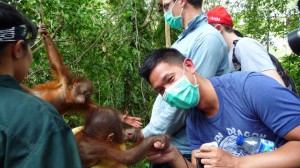 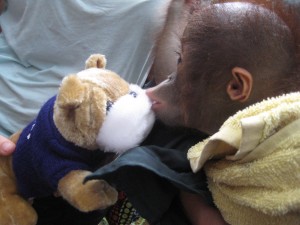 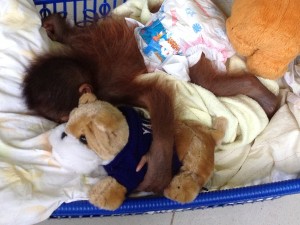 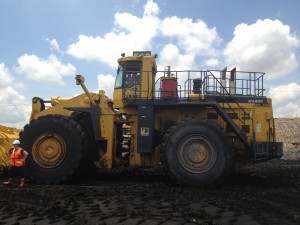 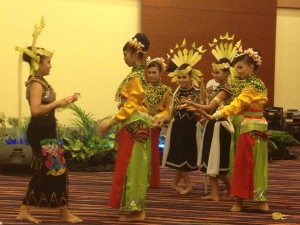 4. Karaoke of course with Professor Mobarak! 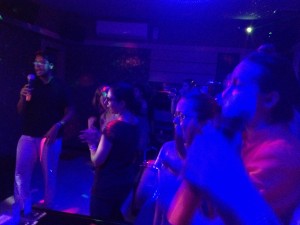 5. Speedboats across the bay - who would have known that this was part of our transportation itinerary! 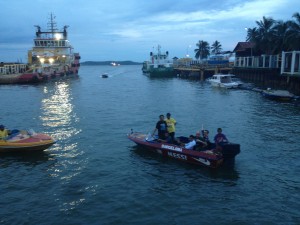 6. Of course I'd put a food picture in - amazing seafood! 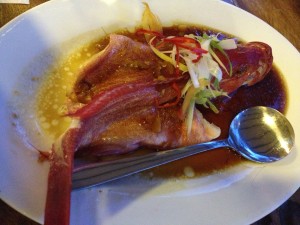 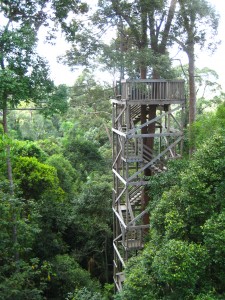 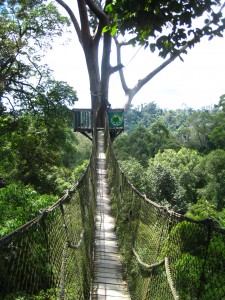 Back to the Have! Hope to see many of you soon for Spring Welcome Weekend!