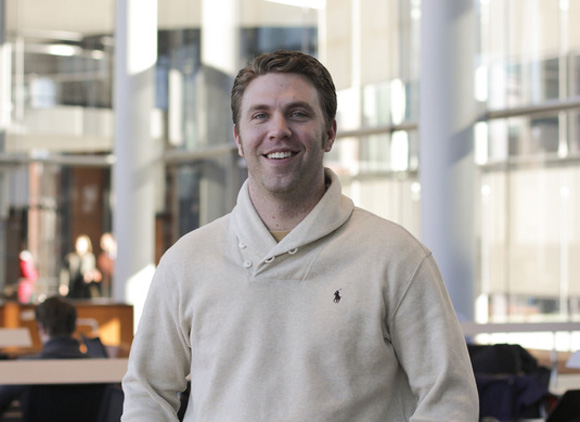 “The lightness of the structure, the incredible amount of beautiful glass that we have here, allayed my fears of losing our small community,” Bala said. Bala’s classmate Jimmy Holloran ’14 echoed her thoughts. “The glass provides for visibility and the courtyard is unifying,” he said.

Now that the semester is underway and the Evans Hall opening festivities are over, the new building’s merits are becoming apparent. Plenty of space is one of them. Classrooms that comfortably sit up to 120 students, and the 350-seat Zhang Auditorium, prompted one student to comment: “This is way better than squeezing in and tripping over each other like we were” on the previous campus.

But more space in the classrooms doesn’t mean “distant,” thanks to artful design. As another student observed: “It’s bigger but you still feel close to the professor.”

Plenty of study space is also now available. “The old SOM buildings had a palpable lack of attractive, quiet space,” said Holloran. “Students will be around much more now because there’s more space and in a much more welcoming environment. It’s particularly beautiful at night.” 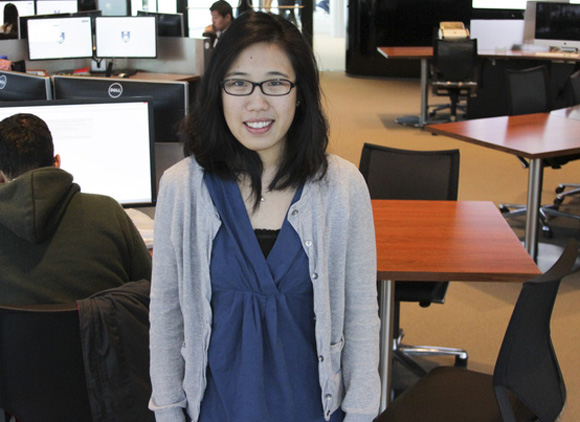 Study spaces include the Ross Library, with the Kenney Reading Room floating above, and the McNay Media Center with its 10 Bloomberg terminals and production software-loaded iMacs as well as numerous breakout rooms and smaller nooks.  “The study space is really outstanding,” said Luci Yang SOM/LAW ’15.

Lokesh Todi ’14 agreed, pointing out that breakout rooms are equipped with wireless screen-sharing technology. “The multiple-state-of-the art study rooms provide better avenues for students to collaborate with not only SOM students, but also our peers in partner schools,” Todi said. 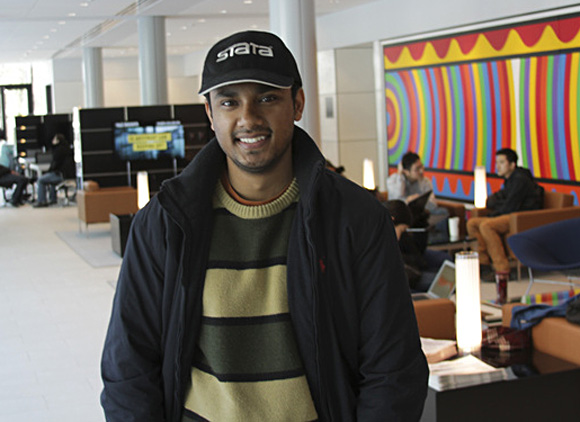 Todi added that spaces such as Evans Hall’s central courtyard; Fit For Thought, the student-run gym that benefits the Internship Fund; and the Ligon-Lamsam Student Commons, which evokes the old Hall of Mirrors, help preserve traditions that the SOM community values.

Holloran summed it up: “The spirit of the culture is in the people, not in the building. Most important, the building is filled with SOMers. We’re all here.”