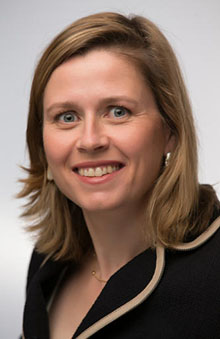 A committee of scholars chaired by Fiona Scott Morton, the Theodore Nierenberg Professor of Economics, issued a report last week outlining consumer harms caused by the market power of digital platforms like Google and Facebook, and proposing updated antitrust enforcement and regulation to address them.

Among the proposals in the report are the creation of a regulator with the ability to create rules to enhance competition, with stronger powers over dominant providers. For example, the authors say, the regulators could require digital platforms to allow consumers to download their data for use on another platform, or oversee standards for interoperability between platforms.

On an episode of the podcast Capitalisn’t about the report, Scott Morton suggested that if Facebook were found liable for violating the antitrust laws, a possible remedy could require Facebook to offer interconnection with other social media platforms, counteracting the network effects that make it difficult for competitors to dislodge such a dominant platform.

“Suppose that an entering, small social platform didn’t have network effects,” she said. “It had some users but those users had friends on Facebook. Well, suppose a regulator said, ‘Facebook, you must interconnect with small platforms that would like to connect,’ and the small platform could then go into Facebook, retrieve the information of the friends…and then be able to display that on the entrant’s social media site. So even though the entrant has very few users, it doesn’t suffer from bad network effects because it can connect to Facebook and bring the data across.”

Scott Morton acknowledged the political challenges involved in executing the proposals in the report. “I think the role of this report, and having a bunch of academics get together and think about these problems and put forward solutions, is really to try to be rigorous and careful and thoughtful about those solutions and start the conversation about what we might do and where we might go.”

Listen to the Capitalisn’t podcast episode with Fiona Scott Morton.

Watch video of the Stigler Center’s 2019 Antitrust And Competition Conference.