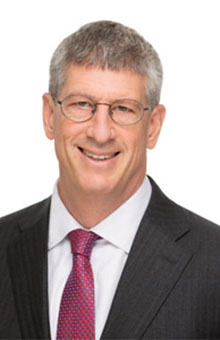 Donald Gips ’89 has been appointed CEO of the Skoll Foundation, an organization that seeks to solve the most pressing issues facing the world by investing in and supporting social entrepreneurs. The foundation’s goal is to effect changes that work toward “a sustainable world of peace and prosperity.”

Gips comes to the new position from his role as the head of the Albright Stonebridge Group’s Africa Practice in Washington, D.C. Prior to that, he served in a variety of roles across several industries, including those of U.S. ambassador to South Africa, director of presidential personnel under the Obama administration, and group vice president of global corporate development for level three communications and management consultant to Fortune 500 companies at McKinsey & Co. Early in his career, he helped to create the AmeriCorps program, in addition to serving as chief domestic policy advisor to Vice President Al Gore and chief of the International Bureau at the Federal Communications Commission during the Clinton administration.

“Don Gips is an exceptional leader who will bring global insight, proven relationship‐building capacity, diverse professional experiences, and impeccable character to the Skoll Foundation,” said Jeff Skoll, founder and chairman of the Skoll Foundation, in a press release announcing Gips’ appointment. “Don has been trusted and tested at the highest levels of the public and private sectors. From his early days as one of the architects of AmeriCorps to his current work across the African continent, Don’s focus has evolved but his passion for service has never wavered. I am confident that Don will lead the Skoll Foundation forward in important new ways.”

Said Gips: “I am deeply humbled to join the Skoll Foundation team at this critical juncture of the organization’s growth, and at a time when the complexity of the world’s most pressing problems demands innovative, sustainable solutions. This is a full-circle return to where my career began: exploring how unconventional approaches can unlock societal potential and solve problems. I welcome the challenge to build upon this organization’s incredible legacy and accelerate progress toward a more sustainable, peaceful, and prosperous world.”

One of Gips’ first duties as head of the Skoll Foundation will be to participate in the Skoll World Forum on Social Entrepreneurship beginning on April 9, 2019, the day he will assume leadership of the organization.

Read a Yale Insights interview with Gips about his work as ambassador to South Africa.