For those unfamiliar with the concept of restaurant week, the point is for local restaurants to offer three course prix fixe menus no more than a certain amount ($32 in this case). The hope is that after sampling the great experience during restuarant week, diners will be encouraged to return during normal times to enjoy the even better regular cuisine. 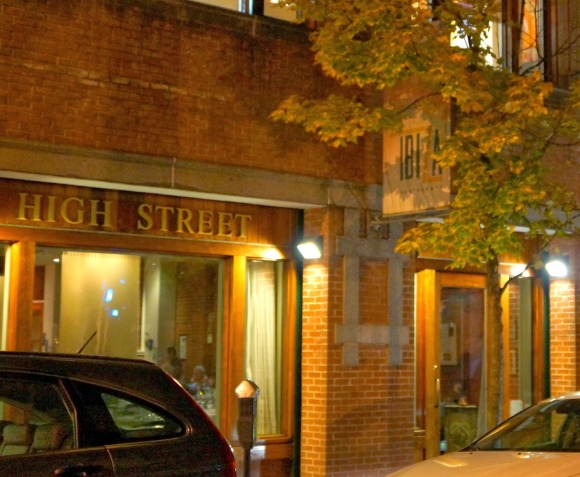 Since I was known as the food guy, my classmates Alexa Allen ('15), Eddy Fong ('15), and Derek Wang ('15) let me decide the venue. After perusing some menus, I settled on Ibiza both because I had been there previously and enjoyed it, and because the menu looked nice. Ibiza is owned by a Spanish couple and has developed a reputation as not only the best Spanish restaurant in Connecticut, but perhaps even the best Spanish restaurant in the entire United States. That's right, Jose Andres and Julian Serrano, you are playing second and third fiddle to Chef Manuel Romero. Romero grew up in La Coruna, Spain near the Galician Mountains. As a child, Romero knew that he wanted to build a career associated with food. As a result, Romero moved to New York and attended culinary school at New York Technical College of Brooklyn. After graduating, he worked for Chef Luis Bollo and Meigas Restaurant and the Hyatt Hotel in New York. Subsequently, Romero worked Cafe Pika Tapas in New Haven for a year before he became executive chef and relaunched the restaurant as the now renowned Ibiza. In developing Ibiza's cuisine, Romero draws upon the flavors of his childhood near the Galician Mountains, and uses a combination of local organic ingredients with imported specialty ingredients from Spain. 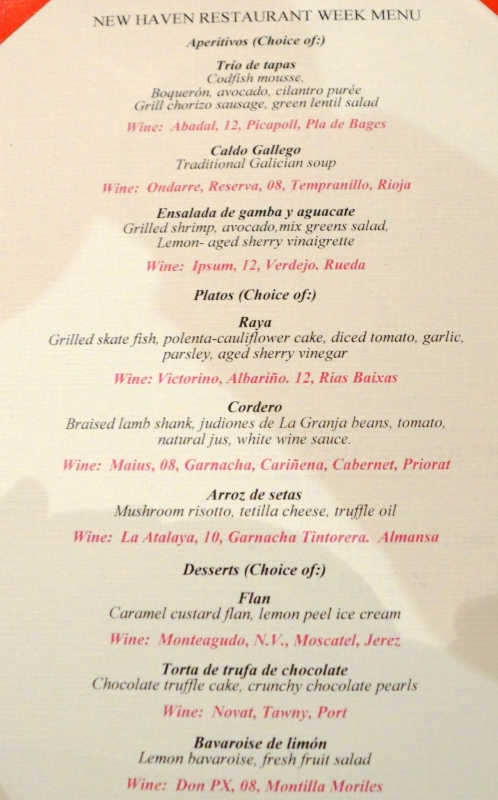 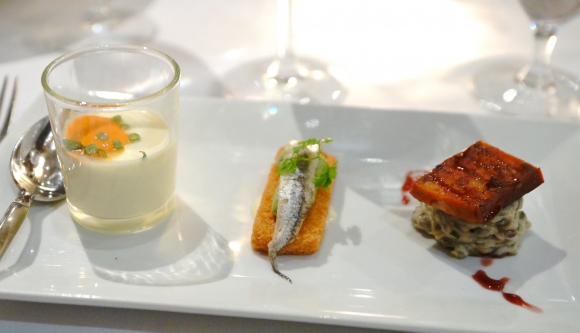 This dish was a delectable combination of salt with different textures. The mousse was extremely creamy and smooth, yet contained a nice flavor of cod throughout; it was similar to brandade cream as it was incredibly balanced in flavors. The boqueron was a hit of salt with the crispy texture of the bread. The sausage was a combination of salt with the fat of the sausage, but balanced by the crunch of the lentils. Overall, the dish was well executed and had a nice progression that opened that palate for the next course. 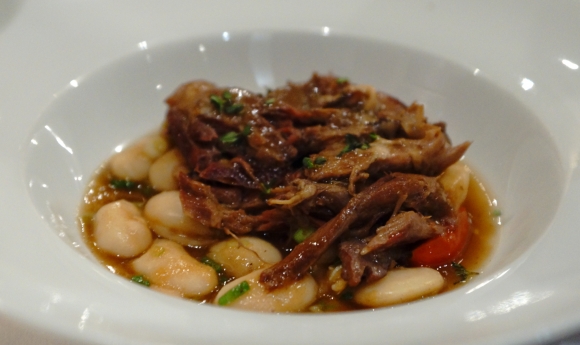 The lamb was well stewed and fork tender. The jus combined with the beans to create a cassoulet of sorts, which was very hearty. Perhaps the dish lacked an element of texture to give it a full balance. 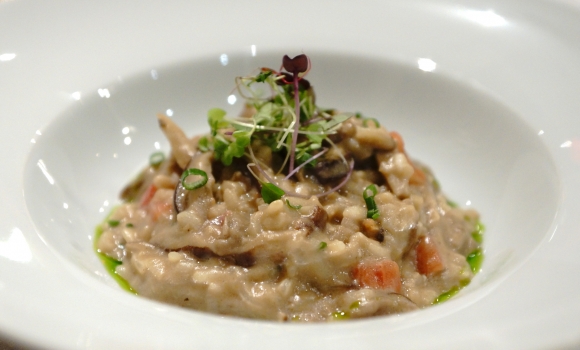 The risotto was truly excellent; the rice was cooked perfectly and contained a perfect harmony of creaminess to texture. The mushrooms, sprouts, and bits of carrot worked together to add some textural excitement to the risotto. 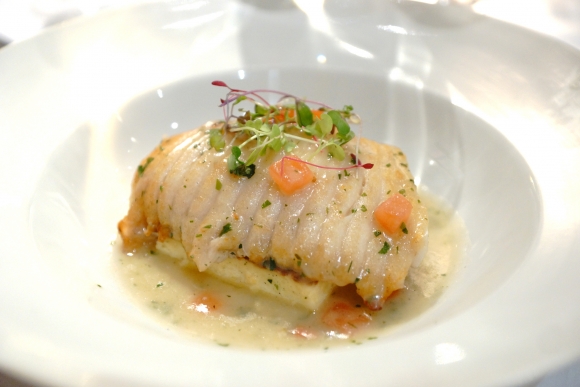 For me, this was the dish of the night. The skate was cooked to perfection and was extremely flavorful with every bite. The dish was balanced with the acidity of the sherry sauce, and the cauliflower polenta cake was a great complement to dish in adding that bit gumminess to balance out the delicate texture of the fish. 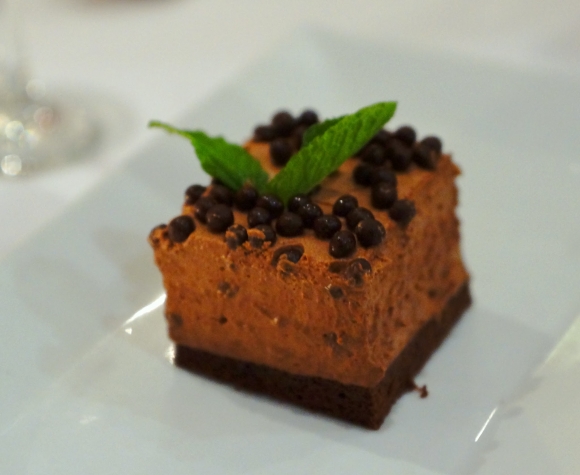 The cake fulfilled exactly was expected from a chocolate cake, but had the added element of crunchy chocolate bits, which made it much more texturally exciting. 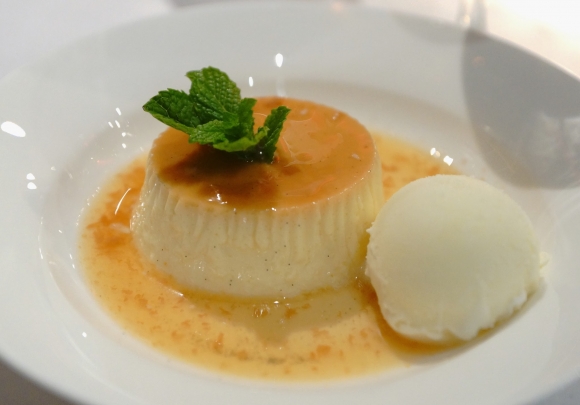 If not for the fish, this dish would have also been dish of the night. The flan was more like a panna cotta topped with a caramel gelee, so the texture and flavor was both more sophisticated and more enjoyable. The lemon peel ice sorbet served as both a palate cleanser and a nice splash of acidic balance to counter the sugar of the flan.

Overall, Ibiza lived up to the hype and expectations of being one of the top restaurants in New Haven. While I'm not ready to crown it better than some of the Spanish molecular restaurants, it was definitely a satisfying experience for restaurant week. I want to thank Derek, Eddy, and Alexa for joining me on my culinary journey and sharing their food so that I could make some snap judgments about the food as well. I'm already looking forward to Restaurant Week next year.