Private Equity Veteran Robert Davis ’97 on the Importance of Character in Deal Making
The managing director for Aetna’s private equity group tells students that there’s more to a transaction than just getting the best terms.

PepsiCo’s Manoj Fenelon Looks Past the Horizon
Manoj Fenelon, the director of foresight at Pepsi, described the new thinking and emerging trends that will reshape future business practices during a talk at Yale SOM on November 7. 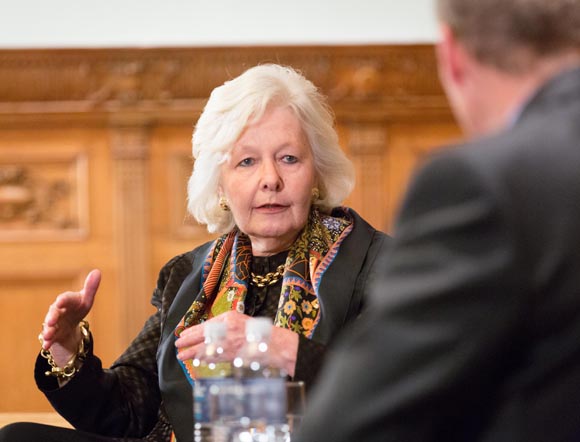 Recruiting for Superpowers
In our last class before Thanksgiving break, we had an amazing guest speaker, Shira Springer, a sports reporter for the Boston Globe, who spoke to us about using sports analytics to predict the performance decline of aging basketball players.

How Did Journalists Miss the Looming Financial Crisis?
Wall Street Journal reporter Dean Starkman had been writing about business for 10 years when the financial crisis of 2008 struck. Responses from his colleagues in the business press varied from disbelief to outrage.

The Seven Laws of Innovation
Hunter Tura, President and CEO of Bruce Mau Design, spoke to students about the fundamentals of innovation. 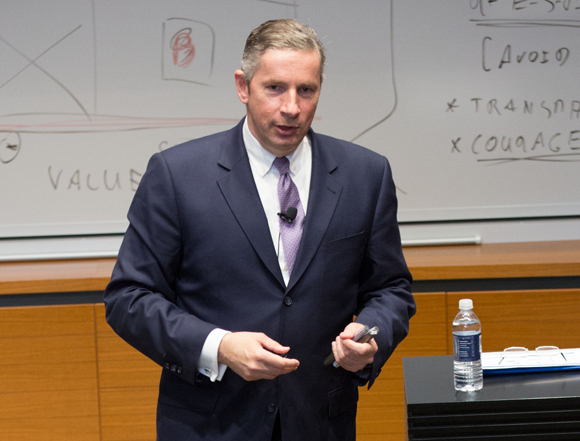 Seeing Is Believing
New products with global marketing potential don’t come along very often, but Sasson Darwish ’94 says he has one. Darwish is the vice chairman of GlassesOff, a startup that promises to restore normal vision to middle-aged eyes, eliminating forever the need for bifocal lenses, through a simple, game-like training app on your smartphone. 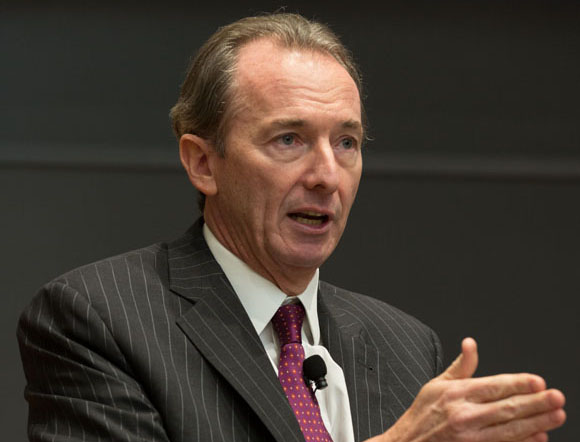 Extracting a Better Deal
Jenik Radon has for almost 20 years gone eye-to-eye with oil and gas companies planning to extract new reserves in emerging nations. His role, he told students at Yale SOM on February 20, is to represent the public good. “I’m pretty forthright,” he said. “That’s why the industry doesn’t appreciate me—and doesn’t like me.”

Physicians and Hospitals Face a Changing Sector
Graduates of Yale SOM and the Yale School of Public Health in the healthcare industry discussed the physician’s role in the rapidly evolving healthcare sector at an alumni event on March 19. 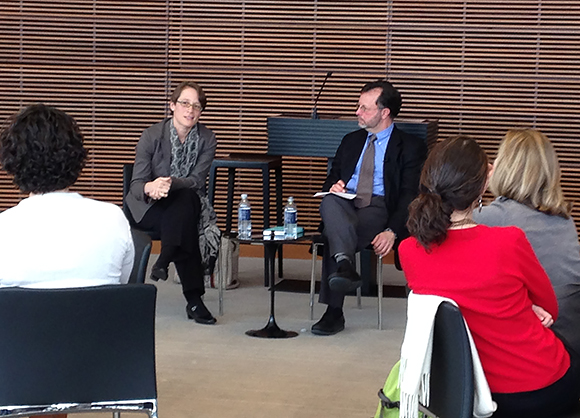 Facets of Sustainability
In 2007, B. P. Agrawal left his longtime career in the telecommunications industry to launch a U.S.-based NGO that would address the shortages of clean drinking water and healthcare in rural parts of India, his native country. The goal was to develop local, self-sustaining solutions. But, he told students, “I had no clue what sustainability meant at the time.”

Talk by Thomas Friedman Marks Two-Year Anniversary of Global Network
The New York Times columnist spoke at Evans Hall in an event streamed live to schools in the Global Network for Advanced Management.

Incentives Key to Healthcare Transformation
A panel at the Yale Healthcare Conference held April 11 examined the role of incentives in healthcare reform. 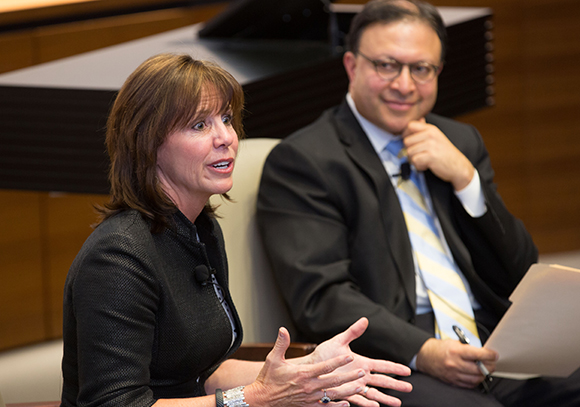 Should Fuel Prices Reflect Their True Costs?
Is it worth paying more for gas and coal now to spur emissions reductions in the future? Definitely, according to Bob Litterman, a partner and chairman of the risk committee at Kepos Capital. 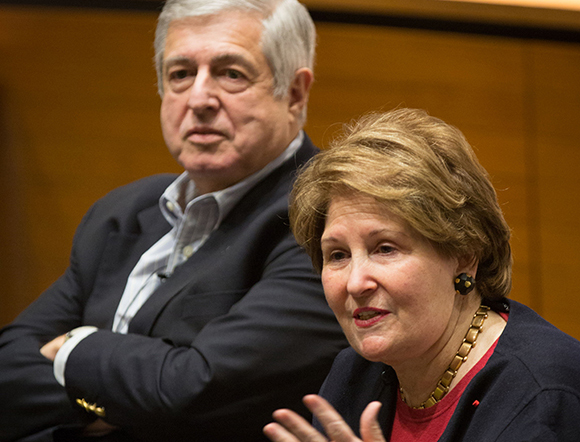 The Cloud of Disruption Hovering over the Tech Sector
Josh Geballe YC ’97, ’02, visiting campus on April 28, told Yale SOM students that there are “massive opportunities” in the technology sector.

Narrating Your Critical Path
When Andrea Lustig ’86, the president of the Stralem Equity Fund and director of private client asset management at Stralem & Company, spoke at Yale SOM on April 8, she gave students advice on a critical part of the job search: the interview.