Many business schools host tournaments, but Yale's is the oldest and also the first of the year.  We get to "kick off" the season as it were, and we had a great weekend of soccer to show for it. Sports are always a great way to connect with peers in a different way, and this tournament represents a different kind of networking that happens at and between b-schools.

Yale had three teams in the tournament - two squads of students and one of alumni - which began with playoff games, such that the top two teams from each division would advance. The wind was blustery and the air was chilly, but at least the sun was out to cheer us on.  It was a tough but successful first day, with two of the three Yale squads qualifying to advance to the elimination rounds on Sunday! 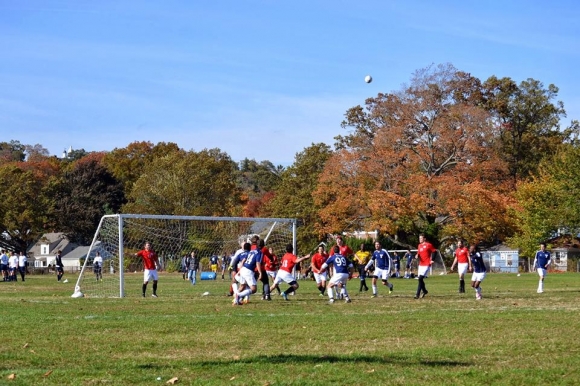 Busted and tired from our day on the fields, we warmed our bones at O'Tooles, a local bar that treated all the players to cheap beer and warm stools.  Players from all the business schools gathered to compare bruises and wonder what happened to the days when we were 22 and indestructible.  As is typical of inter-business school events, we swapped stories of professors, recruiting, and summer internships.  The difference here was that we had to wake up bright and early the next day, so many of us left early to crash before our big day.

Somehow we found the energy to strap on our shin guards and report for duty at the crack of dawn on Sunday.  Although my squad was sad to lose in the quarterfinals, we played a strong game and got a great group picture out of our travails. I think at this point I need to draw everyones's attention to Yale's tight swag. Gotta love our awesome uniforms.  We'll claim that trophy next year, guys! 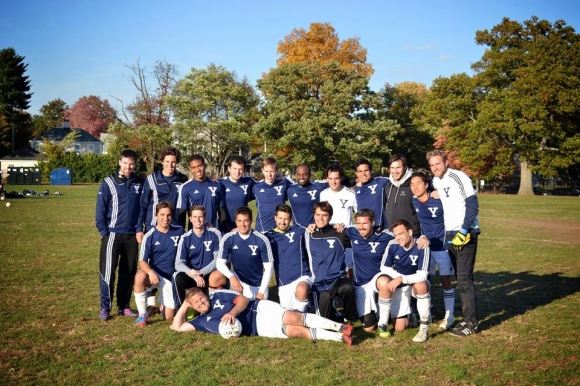