Venture capitalists provide critical early funding to startup companies. But Liddy Karter ’84, managing director at Enhanced Capital, a Connecticut-based investment capital firm, says investors need to consider where a company is in the startup lifecycle before getting on board. Karter shared her insights with Yale SOM students at an October 6 event sponsored by the Private Equity and Venture Capital club. 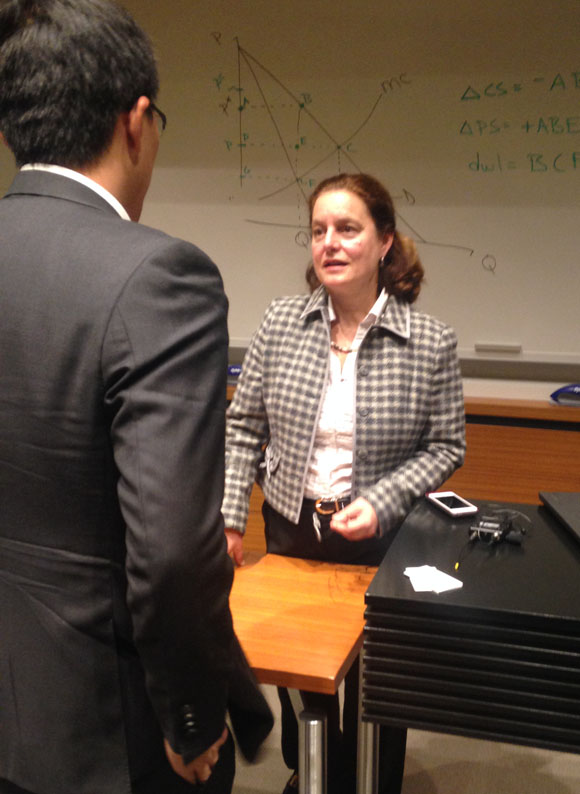 If you are thinking of going to work for a venture capital firm, you have to decide which startup stage you’re interested in as an investor. Do you like early, middle, or late?

Seed stage is pre-revenue, and it's often pre-product. It's all about concept. Sometimes there’s a prototype, which is what we hope to see, that the process has moved at least this far along. Early stage is usually when you've got the product. You might have one customer or a couple of customers. But you haven’t built out a team. Whereas seed might be two guys in a garage, early is probably four or five people who've come together and may or may not be getting paid.

From there, a successful startup goes up to $5 million in revenue, and that’s when you hit expansion stage. The company has a product. It has repeat customers, and product development is in the pipeline. This stage goes from $5 million up to $20 million in revenue. It depends on the industry. These figures are rough.

And then you reach late stage, which is when a startup reaches from $25-50 million up to $1 billion in revenue. That’s when you, as an investor, want to exit the company. That's when your multiples are the highest. When you hit $20-50 million in revenue in a startup, it’s time to think about leaving.