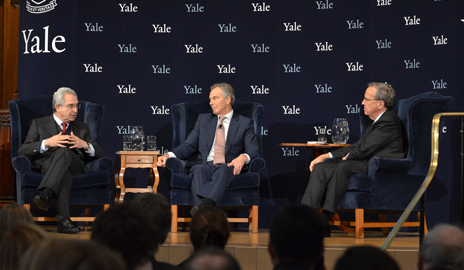 Tony Blair and Ernesto Zedillo gave a talk on campus yesterday, and I had the privilege of attending. This is one of the best things about studying at Yale: frequent lectures and seminars with world leaders.

We've had a few world leaders on campus this semester:

I’ve learned not to expect breath-taking policy insights at these talks. So I no longer go with that hope. Rather, I go for three reasons: