Sally is a joint degree candidate with the Yale School of Drama who is looking to redefine theater in China after graduation.  Walking between the creative world and that of SOM, Sally brings a unique perspective to our classes, helping us relate core marketing and finance theory to day-to-day work done in the creative community.  On Thursday, November 14th, we had another opportunity to share her world when the cabaret show she was producing, Crave, hit the stage. 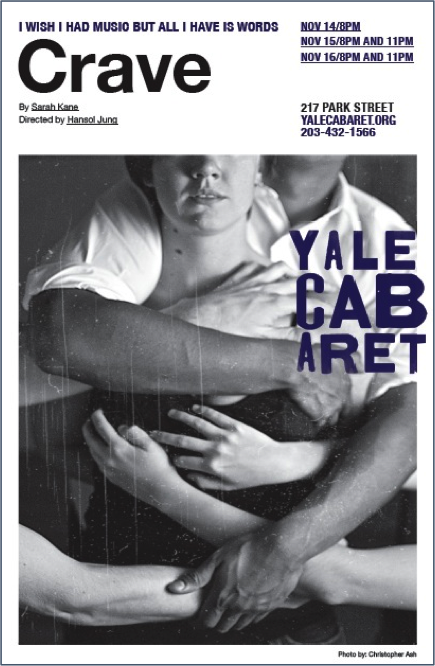 Written by Sarah Kane, Crave is a short play without a single stage direction. The Yale Cabaret production stars a struggling writer who wages a constant verbal war against the various, clashing aspects of herself (played by three other actors), and is easily one of the more difficult plays I have ever seen staged in a black-box theater.  However, Sally and her team of Yale School of Drama students put everything for the play together in spectacular fashion and brought it to share with the greater Yale community.

Balancing Yale SOM on its own can be a challenge, and Sally treaded the line between SOM and the School of Drama with poise, without a single complaint, even when it meant she worked all day at SOM and then went to the theater at night for rehearsal.  After opening night, I had a chance to sit down with Sally and gain more insight into the process she and her team had taken to produce Crave.  Sally had fallen in love with Crave years ago and when the opportunity came up at the Yale Cabaret to put it on stage, she leapt at the chance, taking the lead on putting together a team and making her dream a reality.  Yale Cabaret shows are effectively produced under duress – creative teams are given three weeks to perfect a one hour play, stress-testing the unity, teamwork, and leadership of the individuals involved.  For Sally, this meant playing multiple roles for her team: peacekeeper, psychiatrist, cheerleader, and visionary.

As an outsider to this creative process, I could not help but draw parallels between Sally’s work with Crave and the business world; her descriptions of keeping calm under pressure (not just for herself but for her team as well), managing team expectations, and trusting the director to make the creative decisions necessary for a show she loved are reminiscent of everything managers undergo in corporate settings.  Hearing about her experience with Crave was a reminder that the leadership and teambuilding skills developed at business school extend to areas far beyond one’s office cubicle.

Business school is a time of pressurized learning and growth for everyone; we are all here because we want to make a difference in our own lives, and ultimately leave a mark on the rest of the world.  Entrenched in schoolwork and recruitment, sometimes I have forgotten that there is something outside the stress of these two aspects.  Yet, having the opportunity to share in Sally’s creativity reminded me of what had drawn me to SOM from the start: devotion and love for something other than academics and recruitment have a true place at Yale and is supported wholeheartedly by the SOM community.  Some examples of this?  To ensure that she made her rehearsals on time, Sally’s small learning team (a school-assigned group of four students for group work) adjusted schedules to ensure all study sessions ended promptly by 11:00pm (rehearsal start).  Moreover, on opening night, the Silver Cohort took over the Yale Cabaret theater in support of our friend.  At the end of the day, this is our pride, our spirit, and our character. This is Yale SOM and what it means to be here. 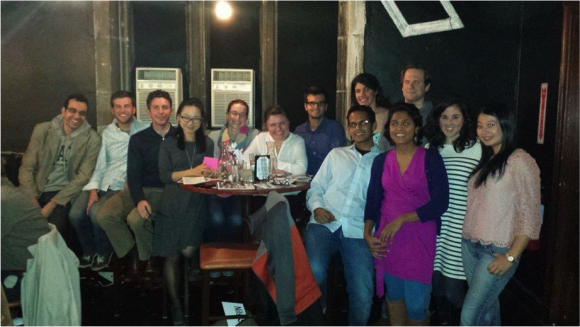