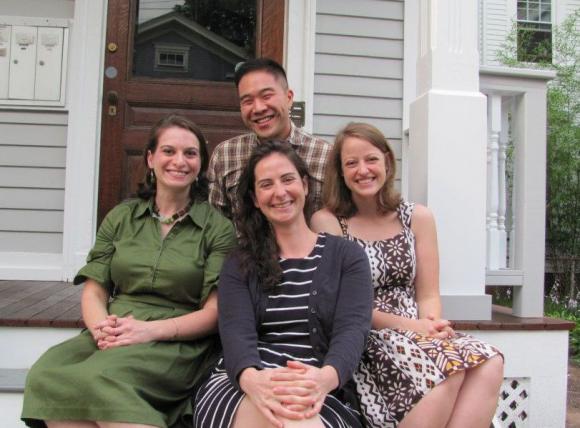 Remember when I wrote about the cohort system at SOM? Well, this year we’ve inaugurated the Cohort Cup competition, where the four cohorts in both years compete for glory and EPP’s (Eminent and Purposeful Points). This is a video of the dizzybat race held in Caulkins Courtyard last week, and my friend Brendan (SOM/FES '15) was forward-thinking enough to document this for posterity. Naturally, Gold took home the prize, (we’re on the far end, led by flamenco god Pedro, in the helmet), though it was a very close race! GO GOLD. But that’s not the point of this post. Sorry for the digression. SOM is a wonderful place, full of incredible diversity. In my class we have a tennis pro/veteran of Wimbledon, a woman who built ships for the Navy, a Turkish lion tamer, and three people from the fishing industry, (one Norwegian-Bostonian, one Icelander who I’m fairly certain will be Prime Minister someday, and one Canadian-Chinese-American, whose family rivals the first guy’s in the Boston fishing wars). Today, I wanted to talk to you about three very special ladies – my roommates, Emily, Meg, and Whitney, all first year SOMers. 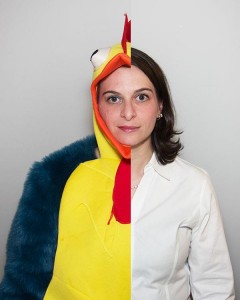 We live in a huge four bedroom apartment, (dubbed ‘Van Windermere Estates’), on the top two floors of a beautifully restored colonial mansion in New Haven’s East Rock neighborhood, a 7-minute walk from SOM. (Evans Hall will cut this down to 3-4 minutes.) Being used to Brooklyn sizes and prices, I am stunned by the fact that I am sleeping in the biggest bedroom I’ve ever had, and that the price is about 1/3 lower than what I was paying in Brooklyn. I’m very, very lucky to have such a great apartment with so much space in such a beautiful neighborhood.

I’m also very lucky to live with the aforementioned very special ladies. They provide endless hours of entertainment, commiseration, and support as we navigate the treacherous waters of the first year MBA experience. They are also remarkable individuals, and represent some of the best that SOM has to offer. Between the four of us, you have a former actor and consultant, a former Peace Corps volunteer, a former education guru, and a former playground builder who most recently worked for Mike Bloomberg. And whether its watching episodes of ‘Fringe’ as we study for our Investor final, hosting the world’s most epic Shabbat dinner, or playing wildly inappropriate rounds of Telephone Pictionary, we manage to find a multitude of ways to enjoy each others’ company.

Emily, our education guru, hails from Chicago. She is a fellow Gold Cohort member, which is great, since it allows us to parade around the apartment subtly hinting to the other two that Gold is far superior to any other cohort. (They are in Green.) After graduating from Williams, Em worked for a couple of well-known education non-profits in New York, and most recently lived in Brooklyn. She is woefully (and admirably) overcommitted, planning the Education Conference, the Internship Fund’s annual talent show fundraiser, playing hockey every Wednesday as a member of the Crocodile team's 3rd line, and being an active member of the Consortium for Graduate Study in Management. It was at CGSM’s Orientation Program that she interviewed with, and was offered a job at a major pharmaceutical company working in their HR department on diversity initiatives, and we are very proud of her (and probably a little bit envious that she has an offer in-hand). Oh, she also has two cats (Tukey & The Admiral Stockdale), a chicken suit, a fuzzy blue coat that looks like it once was a relative of Cookie Monster’s, and an addiction to every documentary Netflix recommends. 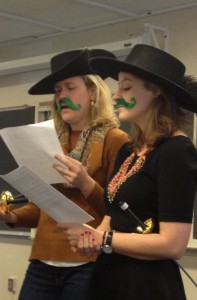 Meg is the one who actually found the apartment. She came up to us during last year’s Welcome Weekend for admitted students and said, “Hey – you guys wanna come see this apartment that I just put a deposit down on?” THUS FATE WAS BORN. Meg has the advantage of being a double-Yalie, so she knows the landscape a bit, but this was actually the first apartment she’s ever lived in. Whaaa? Turns out, she spent nearly two and a half years in the Peace Corps in Malawi, and upon her return to the States lived in a van going around the country teaching college students about poverty. (Her address at the time was in Brooklyn, though her hometown is Dallas.) Following up on her background in giving presentations, Meg has taken on spearheading a new initiative called ‘SOM Voices’ (video by Frances '14). It is a speakers series featuring our classmates telling stories about their lives before SOM, particularly focused around leadership experiences. Although I’ve yet to attend a session, (it conflicted with my wine class this semester!), I’ve heard that the speakers have been fantastic, featuring professional poker players, introverts celebrating going out, Israeli Air Force pilots, and even Canadians. I’m so proud of Meg for getting SOM Voices off the ground, and making it an appointment event every Monday evening. 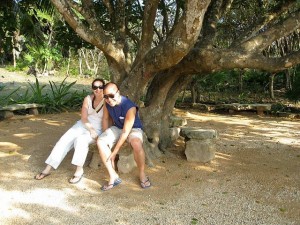 And then there’s Whitney. A William & Mary grad, Whitney and I met four years ago when we were both working for New York Cares and have grown to become good friends. We traveled to Mexico together in 2010, and worked on all of our B-School applications together the following year. Oh, and before coming to SOM she lived in, you guessed it, Brooklyn. Our paths have been pretty parallel– after New York Cares, she went on to the Mayor’s Office where she oversaw a massive, city-wide volunteer program, and is looking to go into corporate social responsibility or CSR consulting. On the flip side, I came from social-sector consulting and CSR, and am now looking to go into recruiting, training, and talent management. Whitney and I are also working together at SOM to help plan the Yale Philanthropy Conference, an annual gathering of some of the best and brightest minds in the philanthropic sector. And lest you suspect we spend too much time together, she is often to be found in the Center for Science and Social Science Information (CSSSI) studying for classes, researching speakers or topics for the Yale Women In Management advocacy committee, or hashing out plans for the upcoming Global Social Enterprise trip to Nicaragua, (which Meg is also going on).

I love living with these ladies – they make every day at SOM hilarious, comforting, and fun. Moreover, our shared experience gives us three automatically understanding pairs of ears any time we need to vent or puzzle something out from our core classes. I’m looking forward to another chaotic, fun-filled year and a half with them, and to finally hosting our theme party: ‘Too Soon.’ 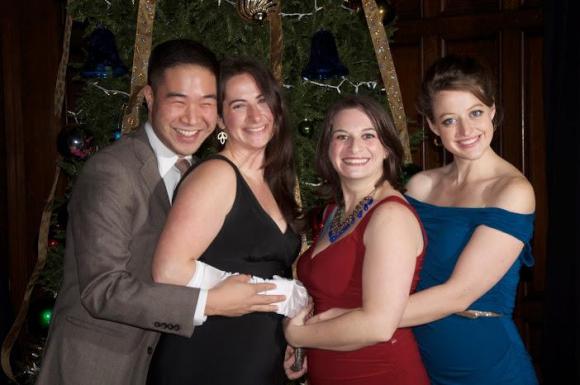