I hail from England, and am a Silver Scholar, having graduated at the end of June this year with an undergraduate degree in Manufacturing Engineering from the University of Cambridge. My interests lie in various aspects of technology, especially data science, novel materials and 3D technologies.

I’ve recently had an incredible technology-filled weekend that has taken me from Evans Hall to West Campus through to Boston that really highlighted opportunities to get involved with the tech world from here in New Haven. 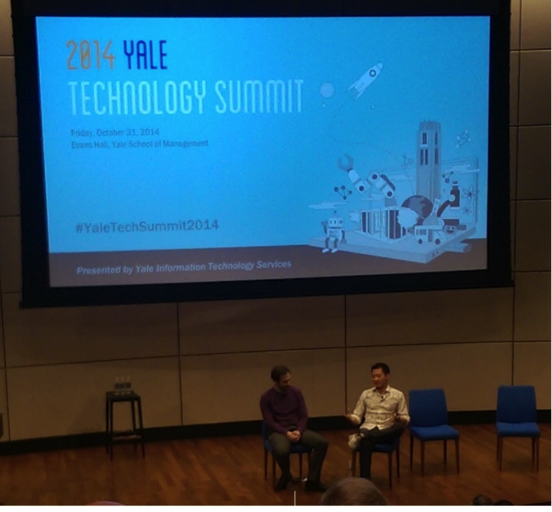 On Friday, the first ever Yale Technology Summit was held right here in Evans Hall, and featured a number of students, faculty and company representatives affiliated with Yale who gave speeches in different classrooms of Yale SOM. I first attended a talk by Dr. Michalski from the School of Medicine who outlined how he uses MRI and CT scans from patients to construct 3D renderings of patients’ body parts. He then 3D prints these parts so that surgeons can explain to their patients what the issue is and how they plan to fix it.

The keynote speech for the Technology Summit was given by Yale alums Justin Kan and Emmett Shear. They talked through their journey together from high school through their first start-up, which they sold on eBay, the decision to live stream Justin’s life to JustinTV, to their latest successful start-up Twitch, which was recently sold to Amazon. It was amazing to watch these two entrepreneurs, who have known each other for most of their lives, finish off each other’s sentences. A gem from Justin was: “being an entrepreneur is like being a professional beggar”. 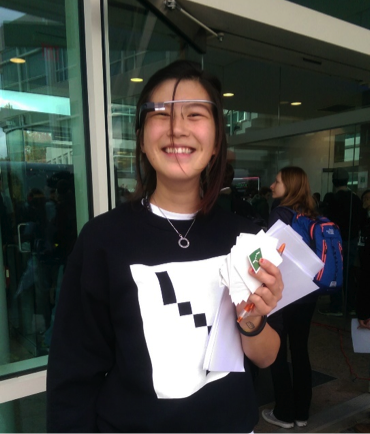 Later on Friday, I took the green shuttle to West Campus to volunteer my time at YHack, the second student-run annual hackathon at Yale. This was a huge operation, with around 1000 attendees, many sponsors, and a lot of food and freebies that needed distributing. I had helped set up spooky Halloween decorations the night before, and spent Friday night ushering people around the building, registering new attendees, and enjoying the festivities myself! I managed to find someone with Google glasses which I tried on with glee, and spoke to lots of sponsors about their products (swiping plenty of freebies in the process). The YHack team did a fantastic job putting on the event, with people coming from lands as far as Jamaica for 36 intense hours of programming and socialising, and definitely not sleeping!

The final tech event of my weekend was the Cyberposium at the Harvard Business School. The day consisted of discussion panels and presentations from figures including Jenny Fleiss, founder of Rent the Runway, and Sam Altman, president of Y Combinator. As a data nerd, my favourite event of the day was the big data panel, where panellists discussed the role of human capital in the world of data science. The unanimous conclusion they came to was that whilst the automated collection, manipulation and analysis of data can provide us with most of the answers, humans are needed to ask the right questions.

When I was applying to Yale SOM, one of my biggest concerns was that New Haven doesn’t have a reputation for being a technology hub. This weekend confirmed to me that there are more than enough outlets available within and near Yale to get involved with technology and the start-up world. 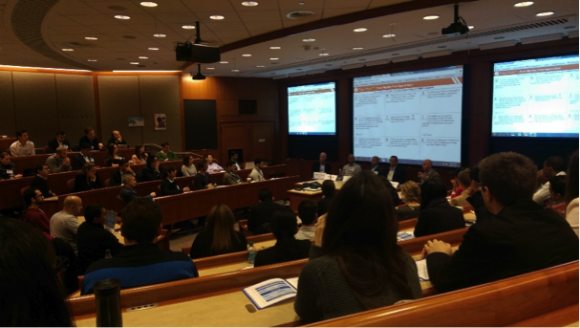