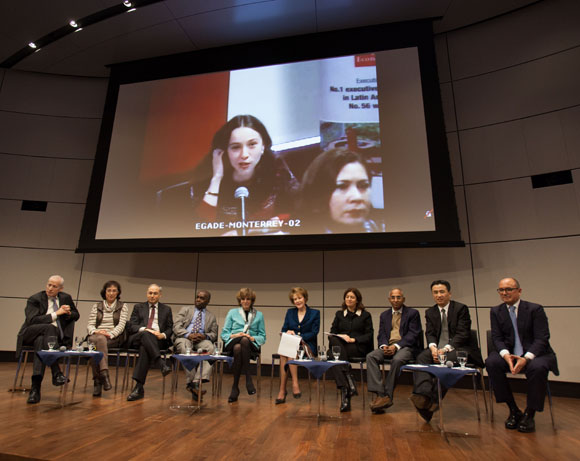 Some of the students tuning in from around the world also became part of the conversation. During a session titled “Preparing Leaders for a Flatter World,” hosted by Margaret Warner YC ’71, senior correspondent for PBS NewsHour, and featuring nine Global Network deans, a student from EGADE Business School in Monterrey, Mexico, posed a question to the panelists via video chat, asking about the digital literacy of professors across the network. 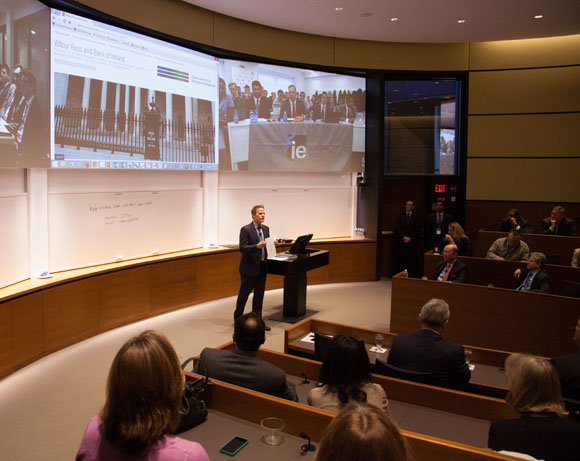 More students participated remotely in "Bank of Ireland: A Raw Case Study," a discussion based on a Global Network case study. Students from University College Dublin Michael Smurfit Graduate School of Business in Ireland and IE Business School in Madrid joined the discussion via high-definition video conference, asking questions about Wilbur Ross’s decision to raise $1.6 billion to buy a 35% stake in the failing Bank of Ireland in 2011. 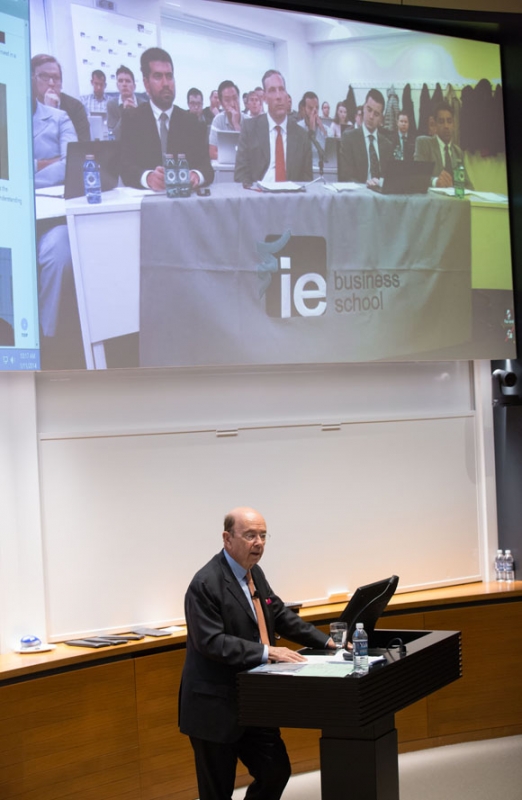 Students from IE asked whether Ross would be willing to make a similar investment in Spain in the future. Smurfit students asked him how he weighs factors before making an investment.

“At the end of the day, you never do have enough information to be 100% certain of your decision,” Ross said. “You never have all of the information you’d want, because the future is unknowable.”

Watch Preparing Leaders for a Flatter World and Bank of Ireland: A Raw Case Study.