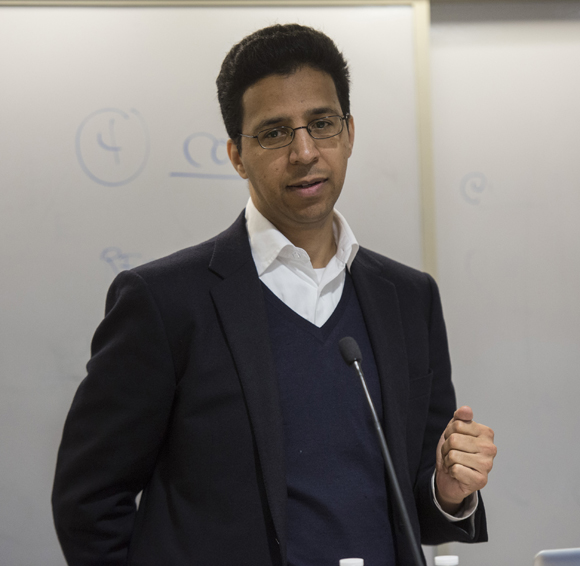 Barboza, who won the 2013 Pulitzer Prize for International Reporting, spoke as a guest of the Greater China Club on October 22. The New York Times’ Shanghai bureau chief, Barboza won the Pulitzer for his stories exposing the fortunes amassed by relatives of top Chinese government officials through political connections and ownership in businesses closely aligned with the state. In particular, Barboza looked at the enormous wealth accumulated by relatives of China’s former premier, Wen Jiabao, assets worth at least $2.7 billion.

Reporting this story was a risky undertaking. “A year ago today I was scared out of my wits about what we were going to publish,” Barboza said. “If anything was wrong in this story, it would be the end of my career as a journalist.” He was also concerned that China might not renew his visa in retaliation for his reporting, and even that his personal safety might be in jeopardy.

But he focused on the job at hand—scrupulous reporting. Assuring the accuracy of this piece required a team effort, Barboza said, and he welcomed input from his editors back in New York and the Times’ attorneys, who together scoured every line. “I wanted to be sure that I was right, and I was protected and it was safe,” Barboza said.

Barboza began writing the piece in 2011, with the hope of publishing it in December of that year, but his editors delayed to give him more time to further substantiate the reporting. In the end, the story mentioned only names supported by multiple documentation and the most conservative estimates of monetary figures involved. “We didn’t say anything in the story that we weren’t absolutely sure of,” Barboza said.

All the effort, of course, had a big professional payoff. China did renew Barboza’s visa, and to his surprise, some in the government congratulated him. “China’s a big, diverse country and even the government is diverse,” Barboza said. “They may speak with one voice, but privately they’ll tell you differently.”