Greetings from IE Brazil! After spending a week in Sao Paulo visiting with distinguished Brazilian organizations–from large companies like Ambev to nonprofits like Greenpeace–it began to feel like all of Brazil looked like Manhattan. We spent days in beautiful office buildings meeting with men and women in pressed suits. Although we knew that Brazil was an emerging economy, we saw economic prosperity everywhere we looked. That's what made one of our first visits in Rio so fascinating and inspiring.

After visiting with the Olympic Committee Monday morning, we spent our afternoon visiting a favela. The word favela is literally translated as "slum," although the preferred translation is community, which I will use here. The sense of growth, progress, and hope we felt characterized Brazil in each of our previous visits was no less palpable during our time with the community. 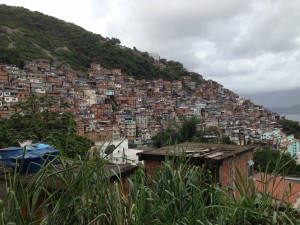 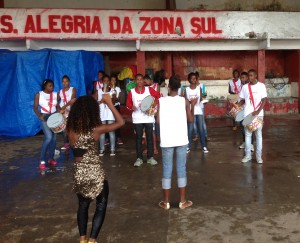 We visited the community with an NGO that provides opportunities to economically disadvantaged children. Among other initiatives the organization runs a Samba School, which provides young people the opportunity to learn Samba, a traditional Brazilian dance performed during the annual Carnival festivities. The school teaches not only dance but also mathematics and other traditional school subjects. We were lucky to watch a Samba performance by the talented students.

Following the school visits we had a chance to see more of the community. The NGO also supports other activities including the favela surf club and boxing club, both designed to keep students interested in positive activities. The community has witnessed a great deal of progress in recent years, in large part because Brazil has sent Pacifying Police Units (UPP) into favelas to calm growing drug violence. The UPP initiative provides a constant police presence and increased social services. The program has been successful in reducing violence in many favelas, including in the community we visited. The best way to tell the story of the sense of hope and progress in the community is through the eyes of those with whom we spent time. One of the children wanted to take pictures with my camera, and below is the community as he sees it. 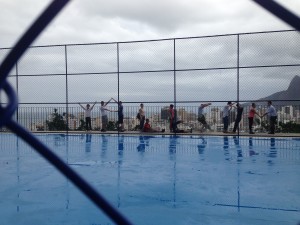 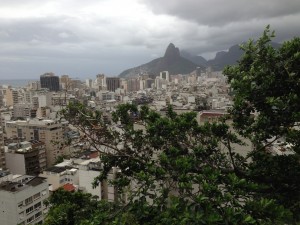