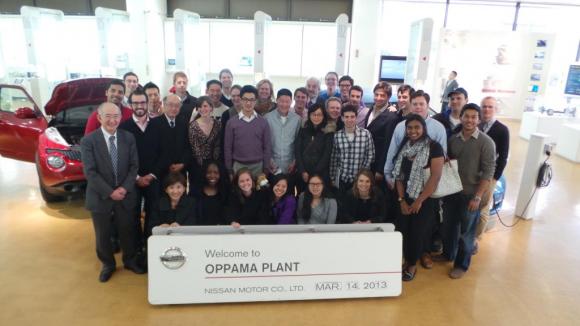 Greetings from Tokyo! I'm happy to report that it is sunny and 65 degrees, and the cherry blossoms are starting to come out. I'm also happy to report that our first two days of IE have been filled with incredible speakers, company visits, and food. We also have, in my humble opinion, the best cohort of IE travelers amongst all countries. (Everything's a competition.) Seriously, I am having a great time with this crew. 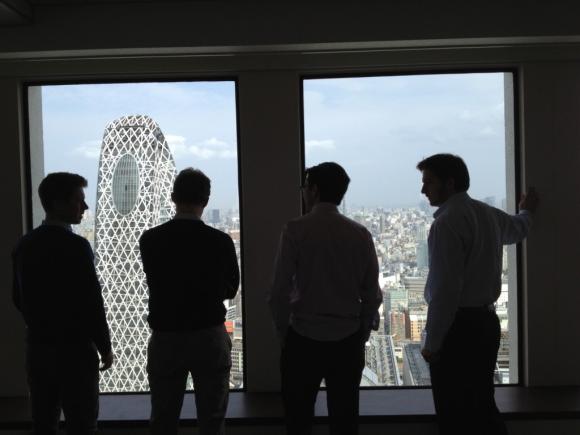 A little bit about our trip: in our Spring 1 term, we took Operations Engine which is the Integrated Perspective concerning operations, quality control, internal processes, and job design. One of our professors for Operations Engine, Art Swersey, the living legend, has led the Japan IE for the last four years. Throughout the class, he regaled us with stories of cranberries, quality Olympics, queuing and pooling, and overhauling a hospital emergency room (all stories came with props). In all reality, Art was 75% of the reason I ranked Japan as my #1 choice for IE. During this trip, we are focusing on operations, and how it is integrated with other disciplines within business and society. We're visiting a number of Japanese companies known for their operational excellence, and learning how to apply these core principles to our future firms. On our first day of IE, Art and his friend of 50 years Professor Takai of Hitotsubashi University (our partner school in the Global Network for Advanced Management), had lined up a group of exceptional speakers for us. We started out with a professor from Hitotsubashi speaking about Japan's aging population and labor policy. He was followed up by speakers from Japan Railways East, JFE Steel, the founder of a Japanese animation company called GONZO, and Naomi Hirose,the recently installed president of the Tokyo Electric Power Company (TEPCO). Hirose-san (SOM '83) was refreshingly honest with us while he discussed his company's response to the Fukushima nuclear disaster, and TEPCO's continuing struggles. But you could see firsthand what an amazing leader could do for his organization in a period of crisis, and how important his training and background are for the future of TEPCO. 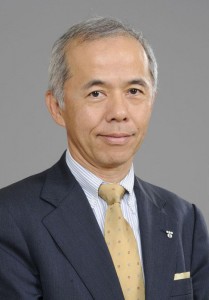 In fact, all of the speakers' talks that day were relevant to what we've been learning in class. In Fall 1 we take a class called 'Problem Framing' which is the introduction to how to use the Integrated Perspectives classes to find both problems and solutions. During these lectures, I began to see a real application of multiple frames using SOM's Perspectives system. Our speakers from JFE Steel and JR East were just like cases we had in our Competitor, Customer, and Operations Engine classes. Professor Korver of Hitotsubashi University integrated The Global Macroeconomy perspective with Employee in his lecture. Hirose-san gave us a sneak peak at what we'll be discussing in State and Society in Spring 2. And the founder of Gonzo entertainment was the living embodiment of the Innovator perspective.

And then there was the food. That night, Takai-san took us out to an 8-course dinner with sushi, sashimi, shabu-shabu, yakitori, and, my favorite, roll cake. It was delicious and good fuel (especially after 10 days of very little protein in Burma) for the next day's company visits.

In the morning we visited the Nissan plant in Yokohama, about 45 minutes outside of Tokyo. This is the primary production facility for the Nissan Cube, Juke, and Leaf electric vehicle. We got to tour the entire factory line and watch the way that workers assemble the cars with tight quality control, effective queuing and inventory management, and how technology and automation are on equal footing with process engineering and human capital in the manufacturing sector. Plus, it was pretty cool to see how much of the inventory controls in the factor were operated by mobile robots who went up and down the lines replenishing supplies. Did you know Japanese robots play music as they are approaching you? At the end of the day, we had a good amount of Q&A with the plant managers, and learned a great deal about how their operation worked, the new processes they've developed for electric vehicles, and how it fed into their larger competitive strategy. 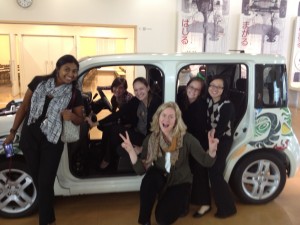 Later that afternoon, we head over to the headquarters of JR Central, the largest and most profitable of Japan's railway operators, deep inside the bowels of Tokyo Station. We got to see their incredibly old-school control room and train queue scheduling, proving that old adage, "if it ain't broke, don't fix it". We also got to hear from executives about the history and future of the Shinkansen - Japan's famously efficient bullet trains. Shinkansen remain one of the most profitable arms of JR Central, and had a very lively discussion on how they've been positioning themselves against buses and airplanes as their primary competitors. I'm very much looking forward to taking the Shinkansen to Nagoya later this week when we go to visit the Toyota factory there. 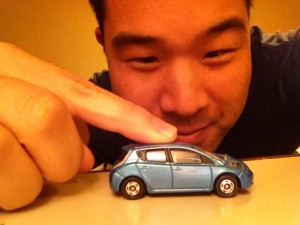 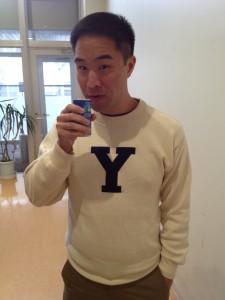