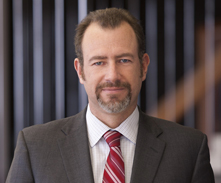 Ammann learned the automotive business—a space he’d previously only viewed from the narrow perspective of a Wall Street banker—through old-fashioned legwork. That meant getting out of the C-suite and meeting workers on the assembly line, engineers in development, even salespeople and customers at far flung dealerships. “The more interest you show in the business, the more interest the business will show in what you’re trying to do,” Ammann said when he spoke at Yale SOM on September 27 as part of the Colloquium on Business and Society.

His approach must have worked, because within a year Ammann was promoted to CFO and senior vice president. Coming on board shortly after the company’s government bailout, he put improving morale among GM’s 220,000 worldwide employees at the top of his to-do list. Once again, Ammann reached out to one and all by launching an internal communications strategy that encouraged employees to be part of the solution.  “Make sure everyone understands how what they do every day is linked to the strategic goals of the organization,” he said.