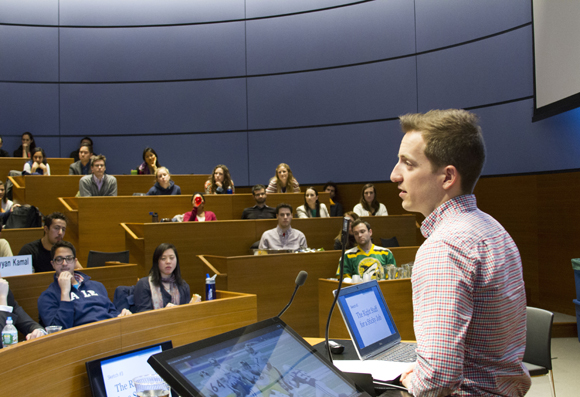 And although the jokes did come, the skits performed at the “Straight But Not Narrow” event held on February 12 were also meant to start a conversation. The skits, written by SOM students and members of the student club Q+, were a satirical approach to highlighting the serious challenges that the LGBTQ community faces in the workplace and social situations. Part of Yale SOM’s Diversity Month, the annual event aims to build a foundation for greater acceptance of gender and sexual diversity in the business community.

Tommy Hayes SOM/FES ’14, a member of Q+, said that it takes allies within the larger community to create meaningful changes for LGBTQ individuals. “Over our careers, we are likely to work with diverse groups, lead teams, and hopefully have the power to shape organizational culture wherever we end up,” Hayes says. “Absent federal protection in the workplace, the LGBTQ community needs allies.”

Some of the skits were based on real situations that students have experienced—in one scenario, a man feigned his interest in football to fit in with a larger group of men. Others were more fanciful. For example, a skit exploring the complications faced by those with nontraditional gender identities imagined a world in which certain bathrooms are reserved for blondes. In the sketch, a brunette woman was made to feel uncomfortable entering a “blondes only” bathroom, although she identified herself as a blonde. Another sketch dramatized an oil company’s internal debate over whether to send a gay employee on a particular job after securing a lucrative contract, despite the prejudices of the client. 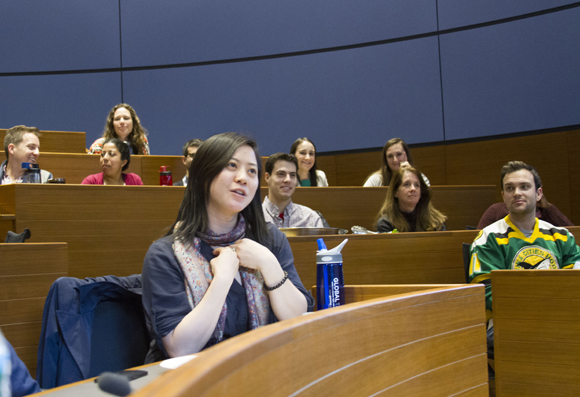 At the end of each skit, audience members were asked to weigh in on the situations and discuss how people should react.

Chris Fleming ’15, another sketch performer, said that conversations like those started at the event lead to progress. “One of the most important things allies can do is have a conversation,” he said. “Seeing someone take a leadership role on something like this can have a real impact.”