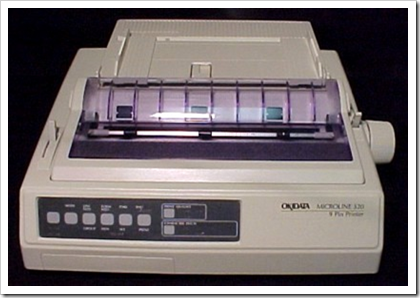 Last night SOM hit me where I live. For my Competitive Strategy course, my homework was to read a 1991 Harvard Business School case on Xerox's decision to form its Fuji Xerox joint venture in Japan. What trade-offs did Xerox face in forming this entity and giving it its own R&D function? And did Xerox structure the relationship appropriately?

Luckily I had an in-house expert on this: my dad. Allow me to kvell. My dad, Richard Weisfield, is a world expert on amorphous silicon engineering who holds over 20 U.S. patents. He taught me how to change a bike tire, taught me to love rock and roll, and has been with the same woman—my mother—since he was 14. My dad began his career at Xerox's Palo Alto Research Center in the 1980s—the heyday of Fuji Xerox. I have grade school memories of my dad going out to sushi in Palo Alto with his colleague Ozawa-San, and bringing me back rice-paper candies after frequent trips to Japan.

To prepare for our Competitive Strategy discussion on the success of Xerox’s Japanese J.V., I interviewed my in-house expert. It turns out that the Fuji Xerox product my dad developed in the 1980’s was a technological success but a miserable commercial flop.

Three reasons – after the jump.

The context
In the 1980’s my dad worked on the SCRAPPER project: a Xerox/Fuji corporate stealth mission to develop...wait for it...a new low-end office device that could print and scan and copy. Canon was selling cheap copiers, and HP was selling cheap laser printers. Xerox's play was to integrate these devices. The idea was to use amorphous silicon transistors to control the print and copy functions, and an ionographic print function instead of laser diodes. Xerox had the amorphous silicon transistors but lacked the necessary sensor technology; Fuji had the sensor technology but not the transistors. So a joint project was a win-win. My dad's role was to work with Fuji to develop the array that integrated the transistors and sensors on one piece of glass. Then Xerox would task its skunk works in Rochester, NY to develop the product as quickly as possible, and finally Fuji Xerox would do the array manufacturing in Japan.

The product was a flop that ended up costing Xerox over $100M. Why?

Three reasons for failure
1. Product development flaws. In their rush to go to market, the Rochester product development team selected an ionographic print engine which worked fine for black and white but was inadequate for greyscale—which they didn't appreciate until it was too late. And there were reliability problems: the product worked fine in initial tests but got smudgy after hours of use. In Xerox's haste to go to market, the company spent $100M building a factory in Suzuka, ran initial production, identified quality flaws, delayed the product release several times...and eventually pulled the plug on the project without selling a single unit.

2. Prices. Prices were a moving target. When Xerox started developing SCRAPPER in the early 1980's, an office scanner was a huge, slow box that cost $2,000. So Xerox thought that building a multi-function device for $5,000 would be a huge success. By the mid 1980's, as technology evolved and prices dropped, Xerox hoped to sell SCRAPPER for $2,000. But HP kept moving down the cost curve—and by the time SCRAPPER was ready for production, it was economically unviable. Price predictions had been based on a snapshot of the early 1980's, instead of predicting where the competition would be when the product hit the market.

3. Ego. The product was an ego trip for PARC. PARC’s managers wanted SCRAPPER to happen, and didn't want to hear about the physical limitations vexing their engineers. According to my dad, PARC sold a pipe dream to the top executives at Xerox, and the executives bought it.

The upside in this story—parochially for my dad, and universally for anyone who has broken a bone and gotten a digital x-ray—is that Xerox built an amorphous silicon fab in Palo Alto for the SCRAPPER project. My dad's current company, dpiX, a Xerox spin-off, has used this fab extensively to develop X-ray sensors for medical imaging devices.