After graduating from Yale with a degree in African Studies, Diana pursued a career in social justice by pursuing grassroots social change focused on health and economic development. After a number of years in the nonprofit and public sectors, Diana pivoted to start Cissé in 2012. 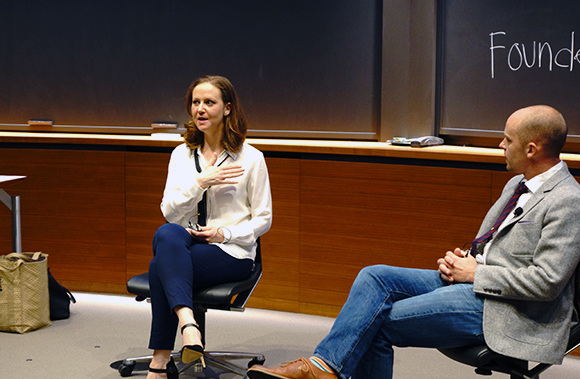 Diana told the story of her ideation, planning, first production run, and the successive growth of her business. After consulting food-manufacturing experts, she decided that Cissé would produce dry hot chocolate and chocolate baking mixes. Diana emphasized the importance of recruiting experts to advise her on product packaging, manufacturing, distribution, and selling. She leveraged her network’s expertise to create a line of products that taste great, tell a compelling story, and most importantly, sell. 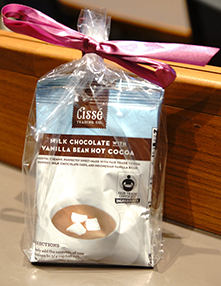 Cissé Trading Company’s cocoa is directly sourced from a coop of Fair Trade organic growers in the Dominican Republic. Cissé empowers farmers to create community infrastructure by paying them a premium for their cocoa. Cissé is expanding its sourcing to an additional organic coop so that its chocolate chips will now be organic too. Cissé’s hands-off approach to community empowerment is both impactful on the community and cost effective for the company.

In 2012, they made their first pitch to Whole Foods, their first production run in Kansas, and sooner than later they were off to the races. Cissé grew from being in 20 Whole Foods stores in 2012 to being in nearly 1000 Whole Foods today. The key takeaways from Diana’s talk were: networking is critical in recruiting business mentors, being an entrepreneur is not easy, and social impact and profitability can go hand in hand when it’s done right.