In this case, the conversation included a former prime minister of Australia, investors with billions of dollars at stake in the country, heads of industrial companies building out Chinese infrastructure, and leading scholars. The result was a uniquely informed and in-depth dialog.

The discussion was held in a ballroom of the Waldorf Astoria in New York City, with more than 100 global leaders packed shoulder-to-shoulder in tiered seats. Jeffrey Sonnenfeld, Yale SOM’s senior associate dean for leadership programs and Lester Crown Professor in the Practice of Management, led the discussion, as he led sessions throughout the CEO Summit, calling on the assembled leaders like students in a classroom, highlighting major themes with video clips, and sometimes prodding with uncomfortable questions.

Kevin Rudd, who served as prime minister of Australia from 2007 to 2010 and again in 2013, opened the discussion with some foundational observations about China today. He argued that all business leaders should be paying close attention to the actions of Chinese president Xi Jinping, whom Rudd described as the most dominant Chinese leader since Deng Xiaoping. Rudd then parsed some of the ideas behind a recent policy address by Xi. According to Rudd, Xi believes that the trends of history are moving in China’s direction. Xi foresees acting in a multipolar global order, in which China will have a broad engagement with the world. China is already the top trading partner of more countries than any competitor, and OECD projections show China’s share of world GDP increasing in coming decades. 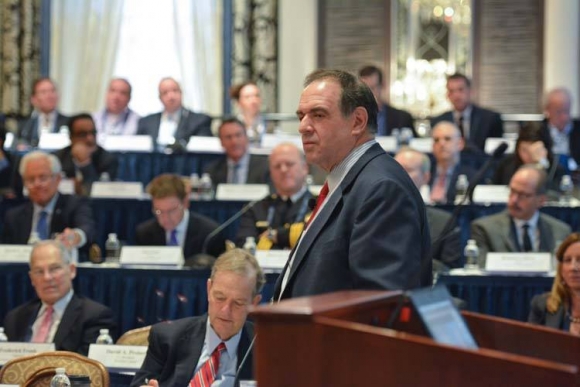 Sonnenfeld next called on Jim Chanos, the managing partner of Kynikos Associates and a renowned short seller who has been skeptical of the Chinese growth story. Chanos said that it’s wise to take any numbers about China’s economy with a grain of salt, and he argued that the country has a large credit bubble. In response to a question from Sonnenfeld, Chanos acknowledged being long on some investments in China, noting that consumer brands there are strong. He agreed with Rudd that Xi is a critical figure and identified a trend toward economic nationalism, which may make it harder for Western companies to operate in China.

Sonnenfeld brought leaders of major industrial companies into the discussion. Klaus Kleinfeld, the head of Alcoa, a global metals company, said that his company has been doing business in China for a decade. He described how he strives to be open, in dealings with the Chinese government, about competitive issues and environmental concerns. He added that he thought some of the criticisms voiced about the Chinese economy were valid, but that one has to keep in mind the scale of the economic transformation in the country, which is unprecedented. Overall, he concluded, the government’s economic planning is intelligent. 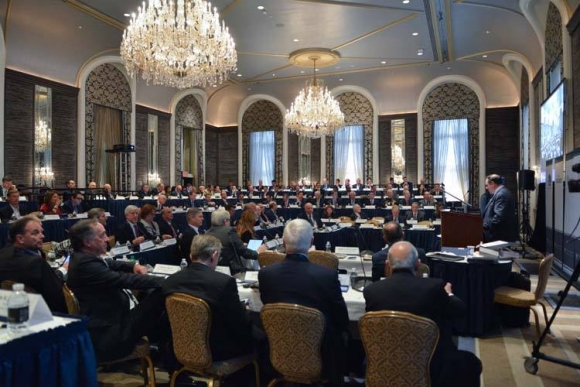 A number of government and political leaders in the room provided perspectives on how the U.S. government views the relationship with China. According to Grover Norquist, president of Americans for Tax Reform, legislators and other leaders in Washington are not sufficiently focused on what’s happening in China. Former State Department official Robert Hormats said that he is aware that a number of American companies have expressed concern about Chinese economic nationalism and questioned whether international companies will be able to do business there as they have in the past. John Negroponte, another former State Department official and ambassador, agreed that the U.S.-China relationship faces real challenges, but said he also takes some comfort from the results that came out of the recent summit between presidents Xi and Obama, including a climate change agreement.

This rich discussion occupied just a small portion of the day. Sonnenfeld went on to lead conversations on the controversy over the Sony Pictures movie The Interview, the role of shareholder activists, how to evaluate CEO performance, the challenges of innovation and disruption, and how to lead and revitalize historic companies.